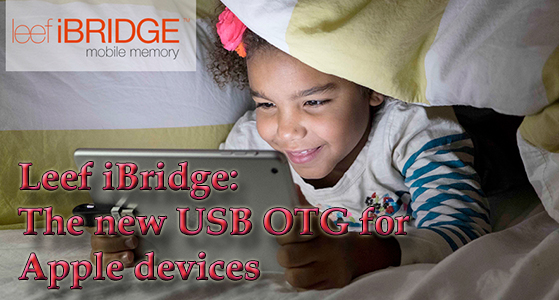 Apple’s closed ecosystem prevents you to plug in a flash drive to its devices whereas its counterpart, Android, has had this feature for the past 2 years. The usb otg support enables you to plug in a flash or pen drive into your phone and perform functions like moving files to and fro between the 2 devices and viewing or reading files from the flash drive. The usb otg support benefits users who have low storage capacity in their phones. Unfortunately, Apple hasn’t enabled this feature for their devices. However, the company Leef launched a device called iBridge recently which exactly performs like a usb otg device.

iBridge, is a flash drive which has an in-built lightning port. The device can be easily plugged into an iPhone and files can be transferred through the Leef app installed in your phone. There is also a file manager in the app which allows you to view all the files in the usb drive. You can directly open files such as documents, videos, etc. from within the app.