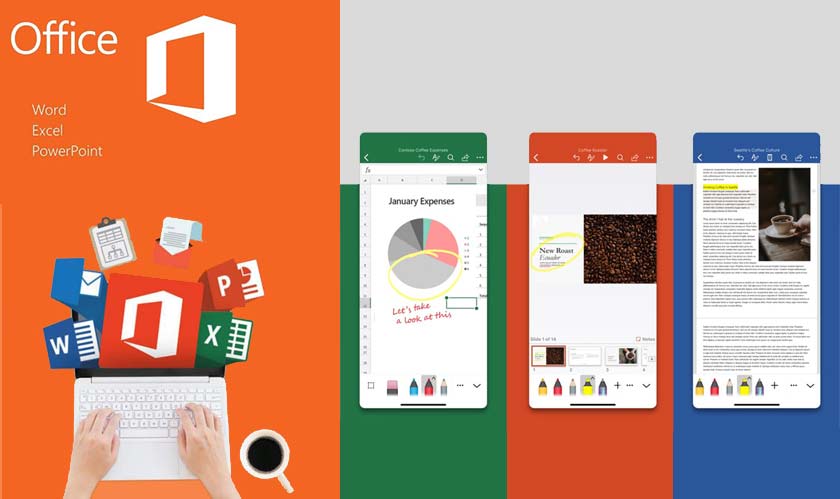 The software giant, Microsoft, has recently rolled out new mobile Office apps on the iOS platform. The changes introduced come as an effort from Microsoft to enhance its app-using experience across all platforms.

It is said to have redesigned and rendered minor makeover to its apps like Word, PowerPoint, and Excel exclusively for iOS devices.

The new design of Microsoft’s Office apps is claimed to have made such enhancements to the apps that make them “simpler, faster and more beautiful.” These three words mainly point to the fact that the redesigned apps are made free of excessive clutter by organizing all the stuff into three tabs at the bottom.

These three tabs are namely “Home”, a “New” tab that comprises of templates, and a place to “Open” existing files. The apps have not just been redesigned but updated with a few new features as well.

The one feature that all three apps have in common is a new Alt Text pane that enables the user to put captions on non-text items. Also, the user can mark and highlight some items so that the readers can ignore them. Lastly, Excel receives a new XLOOKUP feature that lets the users retrieve any cell data.