Motorola RAZR could be back with a folding display 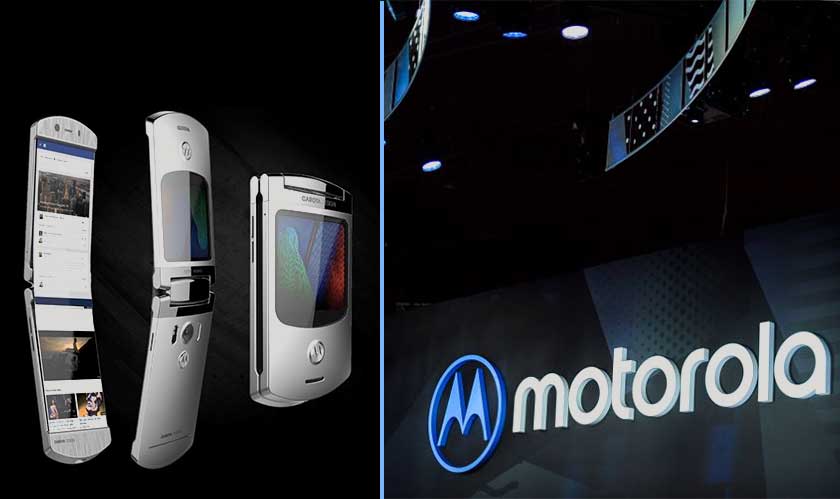 Remember Motorola’s RAZR phones that revolutionized the flip phones long before mobiles became smart? Well now, the same device is undergoing a facelift that’ll come with a folding display. Registered at the World Intellectual Property Organisation, the Lenovo Motorola RAZR is designed to have a folding screen inside and a smaller outer screen as well.

Although the name ‘RAZR’ doesn’t appear anywhere in the registration, the designs are appealingly similar with a major change of folding screen display. Reports have been circulating on how Motorola intends to re-launch its star product at $1500, so this new phone could be out anytime. “I think people are kind of yearning for and remembering back to that Razr -- when it flipped open, and the sound of that, the feel of that,” says RAZR V3’s co-designer Paul Pierce.

When Pierce spoke at an interview, he hinted at there were opportunities to bring back the old phone. Although the re-made phone will compete against Nokia’s re-released phones like Nokia 3310 and 8810, Motorola wants to make the RAZR more than just a competition. Pierce had further added, “it can’t be done just for a gimmick or something of that nature. We’ve got to figure out how to deliver a breakthrough.” It certainly looks like there’s certainly a breakthrough and hopefully, Motorola releases further updates soon.

Moto Razr makes a comeback, this time as a foldable smartphone