Not Fingerprints, but a 3D Facial Scan for iPhone 8

Not Fingerprints, but a 3D Facial Scan for iPhone 8 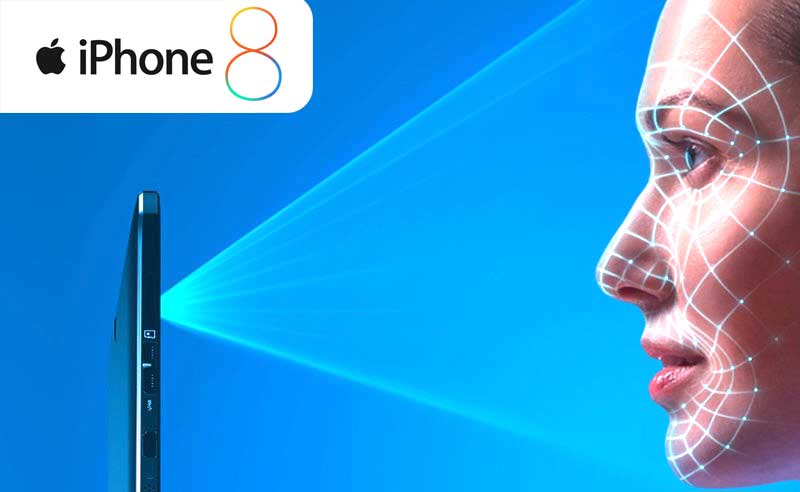 3D face scanning seems to be the new way to unlock things, or so Apple wants its users to believe. After making attempts to unlock the new iPhone with a fingerprint scanner, it has put away with it. We all know that Apple seriously considers security as one of its top priority. With the recent rumors spreading like wildfire, it may be true that iPhone will be having a brand new way of unlocking.

Its iPhone’s 10th anniversary and it’s sure making big plans to bring out something radical. It is obvious that Apple wants to launch something bigger than iPhone 7’s haptic button. There were already speculations about the touch ID/home button in the new upcoming iPhone, scheduled to be released later this year. More recently, speculations about an all display screen added to it along with more rumors about the struggles of the fingerprint scanner.  The new 3D face scanner seems to be another step toward the mass speculations surrounding the phone.

One cannot miss Apple’s interest in 3D sensing, as it could be directly linked with the whole AR rush. During the WWDC, Tim Cook waved aside VR in favor of the ARKit development platform. Face scanning can simply be a great application of technology put on to an on-board 3D hardware platform.

Of course, this new authentication system will require additional hardware. One cannot simply go ahead and wink into their front cameras to unlock their existing phones. Apple has been looking for ways to eliminate its touch ID for a long time now. And if things go according to plan, Apple’s desire may just come true!