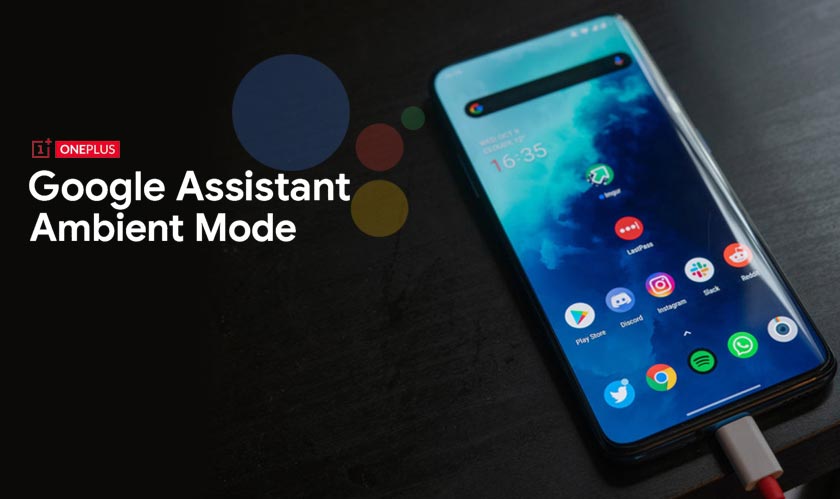 Google rolled out its Ambient mode last November to select android devices at the IFA 2019 and now the list gets updated with OnePlus.

The tech giant pushing its Nest suite of products hit a wall when they recognized that only a tiny percentage of users own a smart speaker or a smart display at every single room in the house but people do have their smartphones by them at all times.

That’s where Ambient mode comes in with its makeshift ability to turn mobiles into smart displays while it's charging.  Google’s Ambient mode has been considered as an alternative for Google Nest Hub as it can pretty much do everything the Nest hub can do.

Experts also speculate that Google’s Ambient mode rollout is but an early backup plan put in use to match up with Amazon’s Echo.  Although Google made plans to make the Ambient mode available across all Android devices (Android 8.0 and above), the feature rollout is quite slow and only a handful of devices have it until now.

But luckily, OnePlus users can get their hands on the new feature in a few weeks. The company recently announced that the Google Assistant-powered Ambient mode will be available on its devices, starting from OnePlus 3 to the latest release. Users will have to plug in their phones to charge in order to initiate the onboarding process from the notification panel.