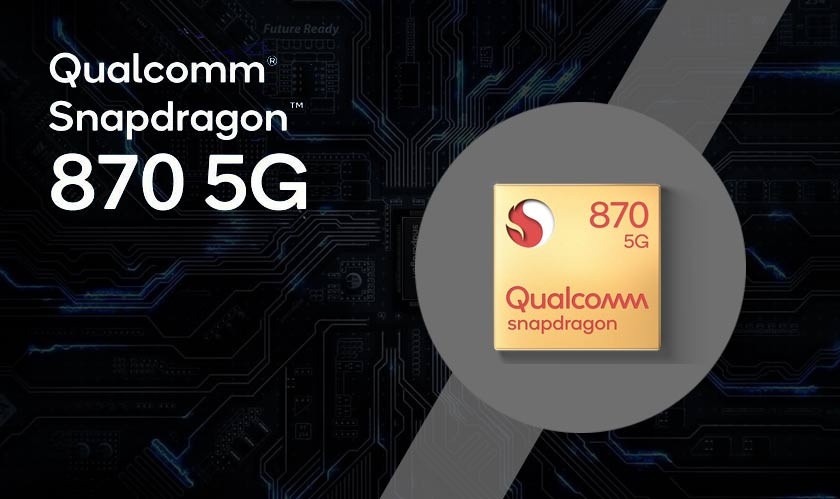 After the launch of Snapdragon 888, Qualcomm has released yet another Flagship SoC. The newest offering from Qualcomm, the Snapdragon 870, is based on 7nm, unlike the 5nm based Snapdragon 888. The new chipset is based on the last year’s Flagship Snapdragon 865, improving it further. The GPU is the last year’s Kryo 650, instead of Kryo 660. The peak CPU clock rate is of 3.2GHz as compared to 3.1 GHz on Snapdragon 865. The 100MHz additional speed from the core can incrementally improve the peak performance that a smartphone-based on this processor can deliver. Another critical difference is that the Snapdragon 870 retains an external Snapdragon X55 5G modem rather than moving to an integrated part and is still manufactured on a 7nm rather than a 5nm process.

Qualcomm has confirmed that the Snapdragon 870 5G SoC will feature in commercially available devices before March 2021, and OEMs that are making smartphones based on this chipset include Motorola, iQOO, OnePlus, Oppo, and Xiaomi. The Snapdragon 870 is just a minor upgrade to the last year’s flagship to keep the Smartphones low costs, as compared to Snapdragon 888, which still gives users a premium flagship experience.