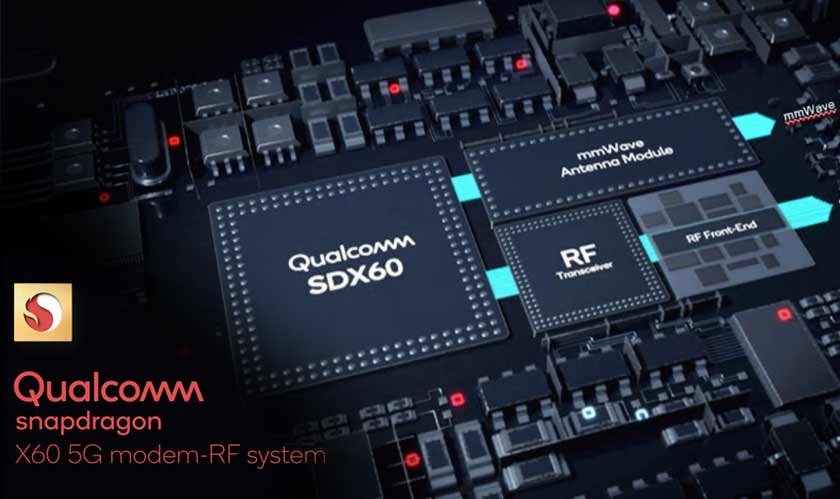 Qualcomm has been a pioneer in 5G deployment. It was the first company to bring 5G modems to the public. The Snapdragon X50 and X55 modems were launched back in 2018 and 2019. On February 18th, Qualcomm announced its latest modem - the Qualcomm X60 based on 5nm fabrication. It also confirmed that it will be available to OEMs next year by Q1, 2021. This could be a hint that the next year’s flagship, the Snapdragon 875, will be a 5nm based SoC and will include latest modem from Qualcomm.

Qualcomm took about two years to develop its first 5G modem which was X50, while X55 was announced a year later. Qualcomm is giving a tough competition to Apple, Mediatek, Samsung’s Exynos in 5G modem business. Interestingly, the company was involved in several lawsuits over its controversial monopolistic practices. Most recently Intel gave up on the development of its own 5G modem and later, majority of its 5G business was acquired by Apple.

With Apple bringing its first set of 5G smartphones in September, and android phones having options of Exynos, Mediatek, and Kirin, 5G will be much more widespread. Although, 5G rollout is a phased process and will take time to come up in most of the countries.