Samsung Experience 9.0 has not only introduced android oreo but reshaped emojis too!

Samsung Experience 9.0 has not only introduced android oreo but reshaped emojis too! 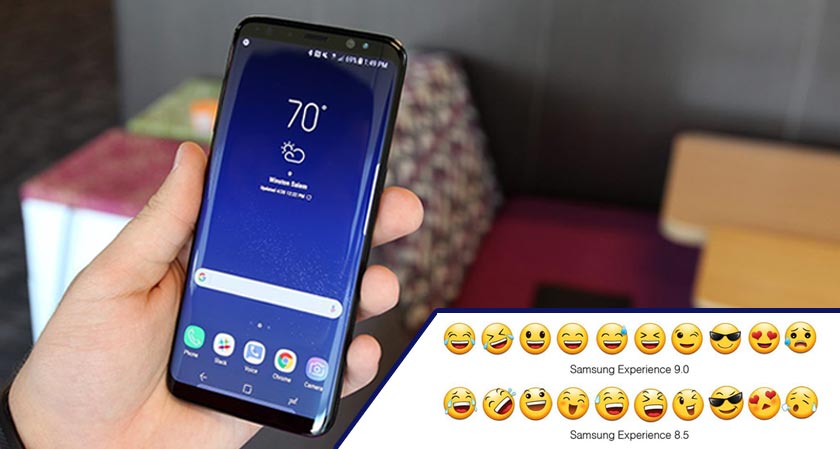 Prior to many devices bringing in new emojis, Samsung introduced some fresh emojis via latest Android Oreo update. Samsung Experience 9.0 will get the new update which includes new set of emojis to equalize the experience with other software developed by Apple, Google, and Microsoft.

The Galaxy S8 and Galaxy S8+ got the update via an OTA (over-the-air) release. Emojipedia mentioned that Samsung reconstructed new emojis that is available within Samsung Experience 9.0 that is following the release of Emoji 5.0 standard in March last year. The existing Galaxy devices have made minor revisions to the facial expressions. For instance, there are 9 new facial emojis like Star-Stuck, Face with symbols on mouth and Exploding head etcetera.

If you are bored of human emojis, Emoji 5.0 created fantasy creatures and objects like brain, giraffe, and sandwich which is now the part of Samsung Experience 9.0. According to Emojipedia, the old grimacing face, tired face, face savoring food, smirking face and drooling face underwent major changes for more clarity to the recipients.

Some other changes include Yellowish Grinning Cat Face, Smiling Pile of Poo, Purple Coloured Imp Face, Reoriented Nail Polish with the nail paint in Purple color instead of the original Red paint, and a Cheeky Ghost in a Playful Mood.