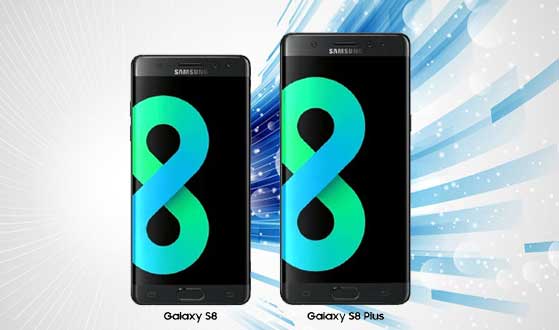 The South Korean company, Samsung, has set its hope on winning back customer trust with the release of its new flagship, the Galaxy S8. The official launch is going to be on the 29th of March in New York.

According to various reports and leaks, Samsung Galaxy S8 and S8 Plus will have curved OLED displays similar to the ones in Galaxy Note 7. The phones will be available with an iris-scanner and a digital voice-assistant, Bixby, to compete with Appleâ€™s Siri. The European version of the phone will be equipped with Exynos 8895 processor, whereas, the US edition will come with the Qualcomm Snapdragon 835 chip. Itâ€™s set to be on sale by April in â€˜Black Skyâ€™,â€™ Orchid Greyâ€™, and â€˜Arctic Silverâ€™ color schemes. The Galaxy S8 will be powered by a 3000 mAh battery and the Plus version by a 3500 mAh battery.

The company has dropped the home button from the phone and included the menu and navigation button within the screen. The RAM will continue to be 4GB and the rear and front camera will stay at 12 MP and 8 MP with dual pixel focus. They also have a wireless charging support with the benefit of fast charging.

After the issues with Galaxy Note 7, Samsung has focused on improving the design and including top-end features. Along with that, it has also launched â€˜Dex Stationâ€™ which can enable users to use their phones as a desktop much like Windows 10 Continuum. The S8 and S8 Plus is expected to retail for approximately Rs 58,000 and Rs 65,000 respectively.