Triangle: Another experiment from Google

Triangle: Another experiment from Google 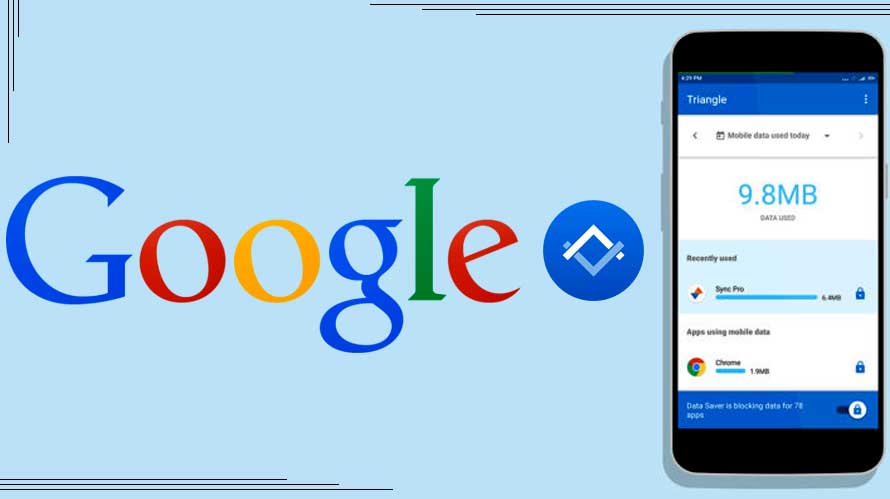 Google has something new to offer its users. It comes in the form of an app called Triangle. Triangle is part of Google’s experiment, where it allows users to track their mobile data usage. It comes especially handy when you’re out of town and running on lower credit. Or simply if you have the worst data plan out there! The experiment is currently in a beta stage and is being tested in Philippines.

The network connectivity along with the data availability is good in the US when compared with other emerging markets. But in other developing countries, mobile data is in a seriously low state. And this is one of Google’s concerns, which has resulted with the experimental Triangle. However, this isn’t its first attempt regarding data usage controls. The Pixel phones by Google have a ‘data saver’ mode on Chrome browser which is built in and controls the data usage.

But when compared to that, Triangle is more refined and fine tuned. The app allows users to customize how their apps use the data. It gives out options like ‘10 minutes,’ ‘30 minutes’ or ‘always’ where the user can select one for any high data using app. In addition to this, the app grants you extra data for installing and using certain apps! Users can also check their prepaid mobile data balance on certain network carriers like Global and Smart.

However, Google has not made any formal announcements about Triangle’s launch. There was only a statement about the beta level testing being held. If everything runs smooth in Philippines, Triangle will be rolling out in the near future. But when it will be launched, what other plans the company has still remains unannounced.