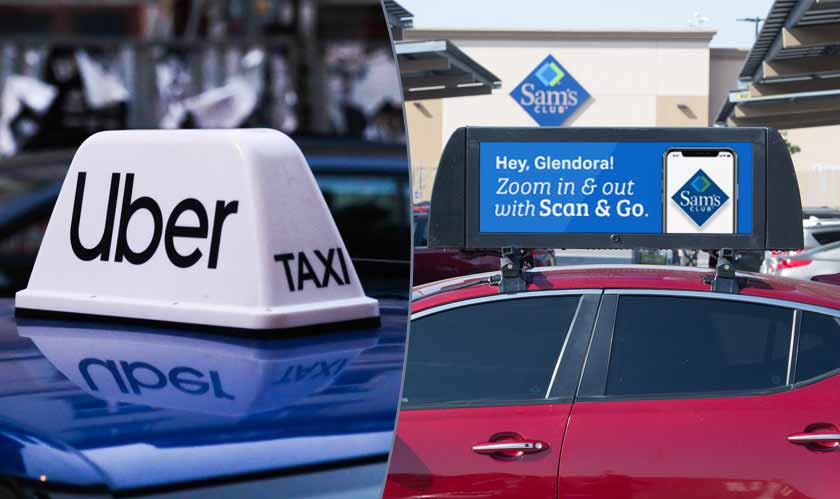 As reported by Adweek, Uber has recently struck a deal with an out-of-home ad-tech company, Adomni that will help Uber vehicles with ads. The ads will be placed on the roof of its vehicles. The vehicles with ads will show up first in Atlanta, Dallas and Phoenix starting April 1st.

During the initial period, around 1000 vehicles will feature ads on top of their vehicles. The rooftop ads can be displayed through third-party companies like Firefly.

Also, during the three-city program Uber drivers will be offered $300 for installing the vehicle topper and an additional $100 each week if they drive more than 20 hours. And once the program gains popularity, drivers will be paid on the basis of how many hours they drive. The ad displays will show eight-second still or video ads based on location and time of day.

This is Uber’s first step into the world of advertising. About the company’s move, Uber OOH, Brett Baker said: “After exploring this idea for over a year now, we realized that the timing is perfect to launch this new ad network and we couldn’t ask for a better partner than Adomni. Their expertise with mobile vehicle digital out-of-home networks and programmatic ad sales is compelling.”

Uber may face tough competition from Lyft as it recently announced the acquisition of Halo Cars, a startup that lets drivers for app-based car services display ads on top of their vehicles.