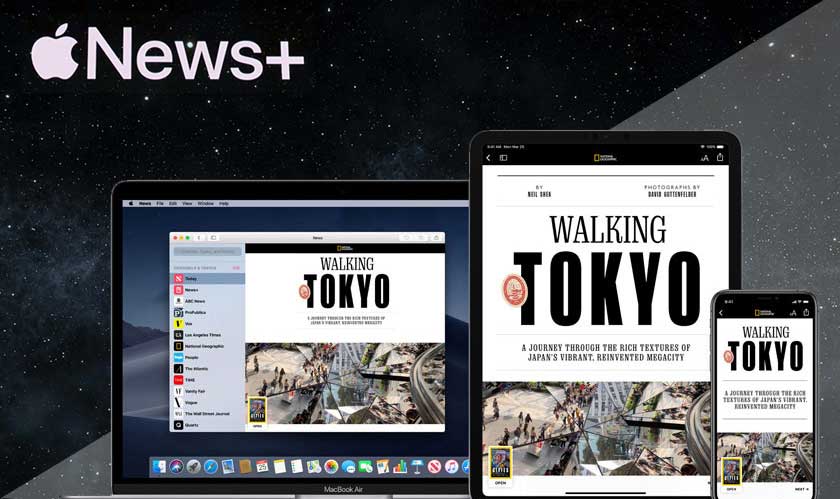 The just-launched Apple News Plus service will now add magazines to the Apple News app. Apple says there will be over 300 magazines including Esquire, The Atlantic, The New Yorker, Vogue, Men’s Health, and National Geographic. The News Plus app will be your one-stop place to get them all at once.

On the newspaper side, Apple includes the Wall Street Journal, which will offer only a collection of general interest news. Apple considers it important to have high quality and trust when it comes to its networking of news and magazine app- and so, it promises to deliver it all.

When News Plus was demonstrated at the Apple Event, it showed off moving-image covers (remember Harry Potter?) and lots of tailor-made content that’s specifically made just for iPhones and iPads. Back in 2010, when Steve Jobs launched the first iPad- he hoped to bring out the best magazine-reading experience on his gadget. Looks like it’s finally happening now.

The main feature of Apple News Plus is the way its styled. It feels like Netflix or Spotify- but offering news and magazine pieces instead of videos and music. Of course, all of this comes at a price. If you were to subscribe to all of the 300+ magazines and numerous newspapers, it would cost you about $8,000 a year. But Apple News Plus would cost you just $9.99 a month. The company also promises family-sharing options soon.