Shareholders of Facebook continue to protest against Zuckerberg's leadership

Shareholders of Facebook continue to protest against Zuckerberg's leadership 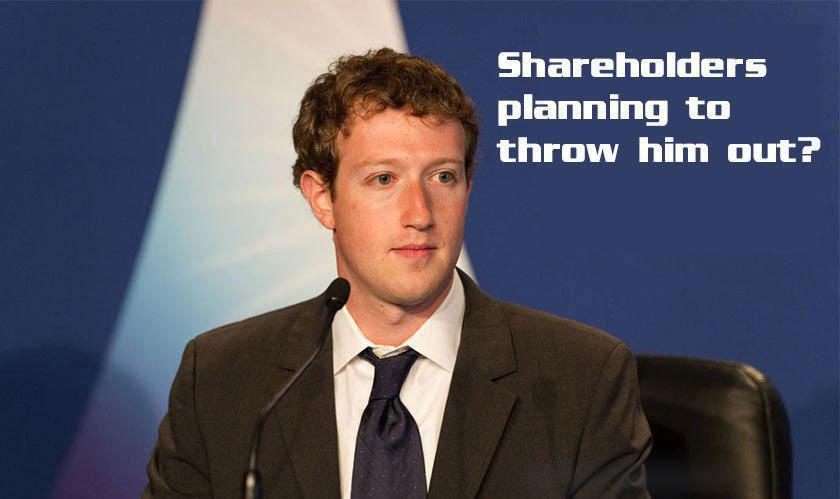 A few notable shareholders of Facebook have submitted a proposal to have Chairman and CEO Mark Zuckerberg removed from his chairmanship role. Shareholders unhappy with the company’s leadership include New York City Pension Funds, and the State Treasurers of Rhode Island, Illinois, and Pennsylvania. They added themselves to an existing proposal originally filed by Trillium Asset Management, back in June.

This recent proposal, filed on Wednesday, isn’t the first time shareholders have challenged leadership at Facebook. In 2017, after the social networking giant confessed to having allowed Cambridge Analytica to harvest personal data of millions of Facebook users, around 31% of shares not owned by Zuckerberg filed a proposal to have him removed from the CEO and Chairman roles at Facebook.

NYC PF comptroller Scott Stringer said in a statement, “Facebook plays an outsized role in our society and economy. They have a social and financial responsibility to be transparent—that’s why we’re demanding independence and accountability in the company’s boardroom… An independent board chair is essential to moving Facebook forward from this mess, and to reestablish trust with Americans and investors alike.”

The proposal, however, has not been officially filed yet and will be voted on at Facebook’s shareholder meeting next year. Zuckerberg has almost total voting control; he owns about 59.9% voting shares and so his position at the company he helped start is not in much actual jeopardy.

The proposal may be worthy of note considering the shareholders involved, but unless something dramatic happens with Zuckerberg’s controlling stake, the CEO is likely to save his position at Facebook.