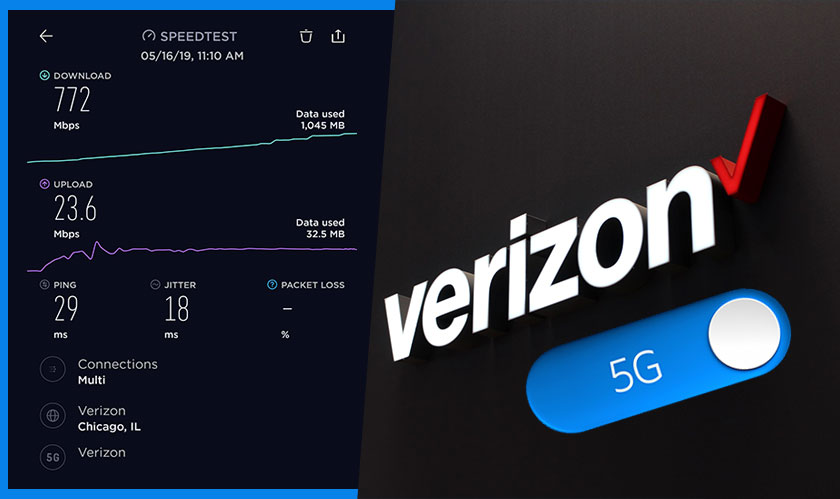 Just last month Verizon launched 5G networks in Chicago and Minneapolis, but finding a spot that had the actual 5G network was quite difficult in the beginning. Verizon rolled out the service with Moto Z3 back then and today Samsung released its Galaxy S10 5G that’s exclusive to Verizon before permitting other carriers. And Verizon has remarkably shown us how the real 5G looks like on a real 5G compatible phone.

Although the network coverage still remains uncertain and varies from one block to another, the 5G network speed you find is remarkable. When the speed was tested on the Galaxy S10 5G, it was found to be more than 1Gbps! That’s right, it crossed 1 Gigabit- something that was hardly ever achieved on a mobile network.

Seeing this network speed on your phone really feels like a gigantic leap, when compared to the present LTE connections available. Verizon has 5G carrier nodes that have millimeter wave technology for faster download speeds installed across the city.

And although it’s probably going to take years for a complete 5G coverage- just like our LTE right now, this is still a notable speed growth. While testing, it was reported that one couldn’t quite ascertain where 5G ends and moves to 4G as the whole network was still splotchy.