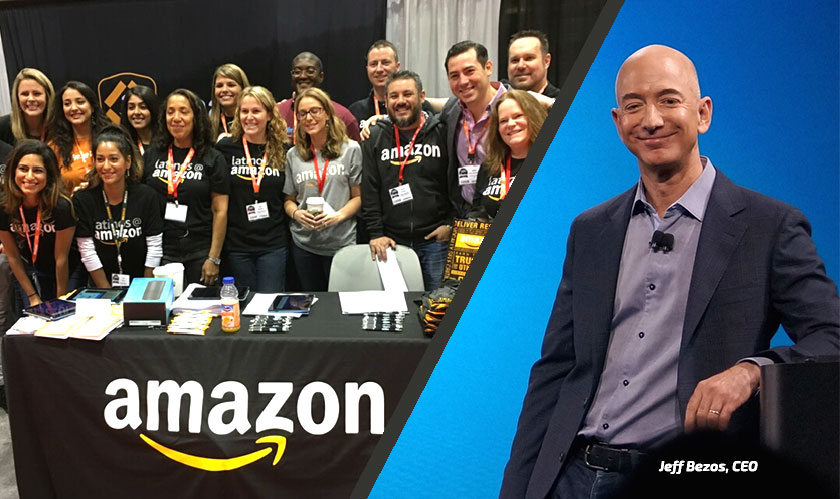 Employees of Amazon took CEO Jeff Bezos in a letter, demanding the company to end the sale of facial recognition technology to law enforcement agencies. The letter was written by more than a hundred employees including senior managers also requires the company to discontinue partnerships with companies that work with U.S. Immigration and ICE.

“We are troubled by the recent ACLU report exposing our company's practice of selling AWS Rekognition - facial recognition technology, to police departments and government agencies. We don't have to wait to find out how these technologies will be used…this will be another powerful tool for the surveillance state, and ultimately serve to harm the most marginalized. We are not alone in this view…

Along with much of the world we watched in horror as U.S. authorities tore children away from their parents…In the face of this immoral U.S. policy, and the U.S.’s increasingly inhumane treatment of refugees and immigrants beyond this specific policy, we are deeply concerned that Amazon is implicated, providing infrastructure and services that enable ICE and DHS… We refuse to build the platform that powers ICE, and we refuse to contribute to tools that violate human rights,” the letter states.

However, Amazonians expressed their pride in working with the company producing technologies that have a huge impact, or more a responsibility, on various sectors of the society. But it condemns the company’s inability to realize the obligations that come along with such social responsibilities. “Focusing solely on shareholder value is a race to the bottom, and one that we will not participate in,” they said.

The letter also briefed-up the below pointers by claiming their rights on deciding what they build and on how it can be used. They asked to stop selling facial recognition services to law enforcement and stop providing infrastructure to Palantir and any other Amazon partners who enable ICE. They also seek to implement strong transparency and accountability measures, that include enumerating which law enforcement agencies and companies supporting law enforcement agencies are using Amazon services, and how.

“While Mr. Bezos remains silent, Amazon employees are standing up and joining shareholders, civil rights groups and other concerned mass to call out Amazon’s face surveillance technology for what it is: a unique threat to civil rights and especially to the immigrants and people of color under attack by this administration,” said Nicole Ozer, the technology and civil liberties director, ACLU California. "We support these employees’ plea to Mr. Bezos…Amazon has to stop providing dangerous face surveillance to the government.”