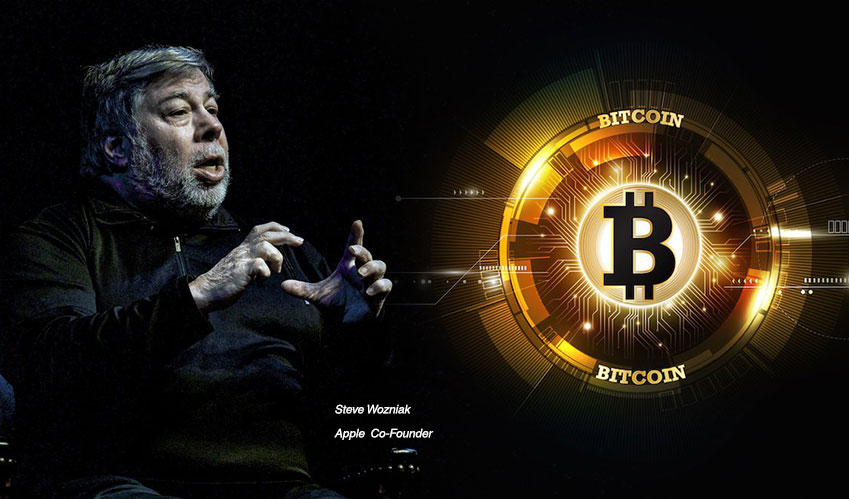 Bitcoin, the world’s first decentralized digital currency is never too far away from the news. Steve Wozniak, co-founder of Apple, who has not been in an active role at Apple since 1985 is one of the biggest backers of the digital currency, Bitcoin. Steve is highly interested in crypto currencies. In the past, Wozniak has bought both bitcoin and ether. But now he seems only interested in bitcoin. He firmly believes that it would eventually become internet’s native currency. In future, he backs the crypto currency to be the singular global currency.

“Bitcoin is mathematically defined, there is a certain quantity of bitcoin, there's a way it's distributed and it's pure and there's no human running, there's no company running and it's just growing and growing … and surviving,” he said. He is convinced that the mathematical justifications behind bitcoin make it the most reliable of the crypto currencies. He likes the idea of bitcoin not having any kind of institution influencing it and yet the value of the bitcoin keeps on going up and up.

He says, “Only bitcoin is pure digital gold and I totally buy into that. All the others [crypto currencies] tend to give up some of the aspects of bitcoin.” There are many crypto currencies that one can buy into today. But despite the plethora available, Wozniak insists that bitcoin is the only one that remains “pure”.

Wozniak has spoken extensively, endorsing the usage of bitcoin in various talks all over the world. His is of opinion that, in this digital age it makes more of a sense to be using crypto currency such as bitcoin rather than conventional money bills or even gold. “Gold gets mined and mined and mined. Maybe there's a finite amount of gold in the world, but crypto currency is even more mathematical and regulated and nobody can change mathematics.”

“The internet is going to have a native currency so let's not wait for it to happen, let's help it happen. I don't know if it will be bitcoin but I hope it will be,” said Wozniak, seconding Twitter’s CEO Jack Dorsey’s opinion on bitcoin becoming the one and only currency on the internet eventually. His comments are in contrast with Warren Buffet’s opinion who thinks that investing in bitcoin is more of a gamble.