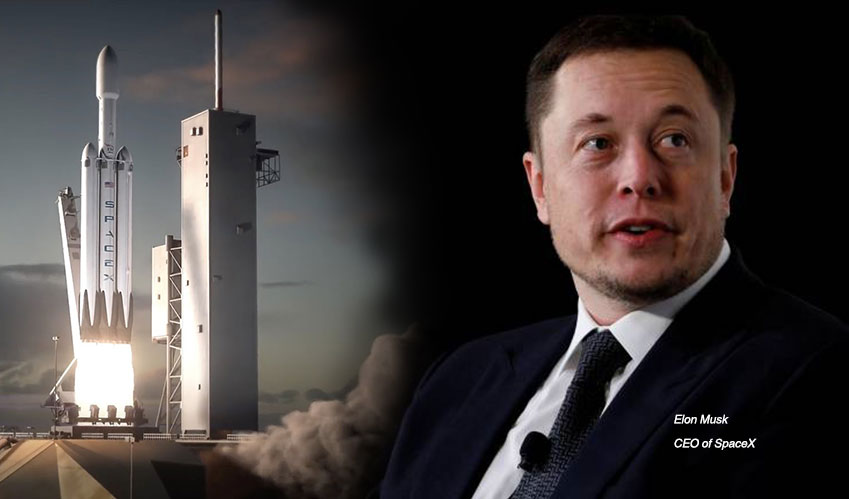 Success was hardly a given when earlier in the decade Elon Musk, SpaceX and Tesla Founder, made promises of revolutionizing space rockets by building reusable rockets. Recently, SpaceX’s Falcon Heavy launch was YouTube’s second biggest live stream ever. In another video, after the launch Elon Musk can be seen exulting with a hand on his head. “Look at that! That’s unreal!” Musk cried out, moments after the Falcon Heavy was successfully in the sky. "That was epic," said Musk. "That's probably the most exciting thing I've ever seen, literally."

“Crazy things can come true,” he said. “When I see a rocket lift off, I see a thousand things that could not work, and it's amazing when they do.” Musk has been toiling away, working on the reusable rocket technology for a long time. When two of the rocket boosters from falcon heavy landed back on Earth, it became one of biggest moments for the space rocket technology in a long time.

In the last couple of years, SpaceX has started bringing the expensive and critical component of its Falcon 9 rockets back to Earth. The reuse of the rockets is substantially lowering the costs of launching spacecraft and cargo into space. Elon Musk believes this a game-changer along with enhanced performance.

"It'll be game-over for all other heavy-lift rockets," he told reporters. Due to the presence of reusable rockets, he believes there is no need of heavy rockets that carry principal resources that could be reused had there been a way to recover these earlier. Musk is also the lead designer in SpaceX apart from being the CEO of the company; hardly anyone would question his intelligence when it comes to rocket business.

Looking ahead, Elon Musk wants to take humankind to Mars. SpaceX is currently building a rocket it calls “BFR” to make it happen. BFR’s will have a booster and a ship. “We’re actually building that ship right now,” he said. “I think we’ll probably be able to do short flights, short sort of up-and-down flights, probably sometime in the first half of next year.” He expects BFR to do test flights soon and then a first suborbital test flight in early 2019.

SpaceX is dedicating most of its resources to make BFR happen sooner. “Most of our engineering resources will be dedicated to BFR,” Musk said about next steps. “I think this will make things go quickly.” Musk has trained his eyes on colonizing Mars. With Musk on the case, it could happen earlier than anyone could have imagined.