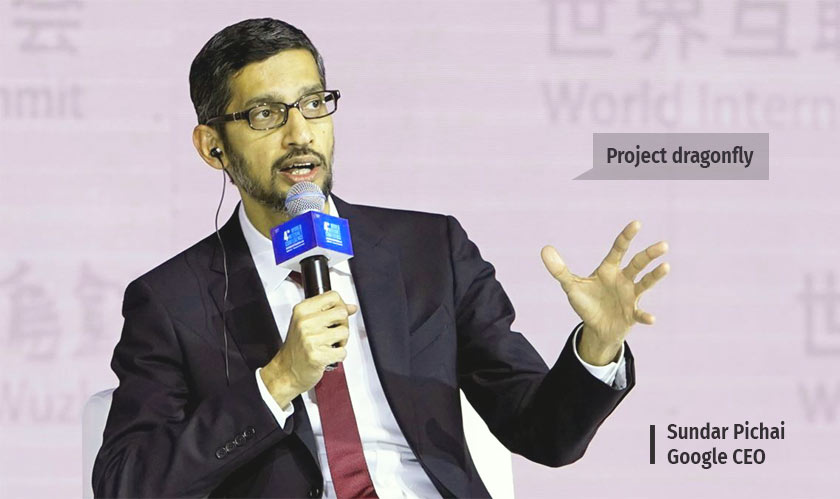 Google is not having second thoughts about launching a censored version of its search engine in China, says Google CEO Sundar Pichai, about the controversial and secret project that received serious backlash from the tech community.

Google abandoned China over censorship concerns in 2010. And after eight long years, the tech giant plans for a comeback with a custom-made search engine – codenamed Project Dragonfly, for the huge Chinese market. However, the plan is in the very early stages and “We don't know whether we could or would do this in China, but we felt it was important for us to explore,” Pichai said.

The internal tests developing the censored search engine reveal that it would be able to serve “well over 99 percent of queries,” Pichai said. And with the Chinese government censors blocking less than 1 percent of users’ searches, Google’s revamped search engine in China would be able to provide some 800 million users with better information, he added. He also said that Google’s absence in a largely populated country like China has weighed heavily on the company, which has a mission to bring information to “everyone.”

“It turns out we'll be able to serve well over 99 percent of the queries… There are many, many areas where we would provide information better than what's available,” Pichai said. According to him, Google’s potential to expose the world to more information is guiding the company’s push into China.

“I think it’s important for us given how important the market is and how many users there are,” he said. Project Dragonfly, according to Pichai, is a reversal of a decision from about eight years and the time had come to reevaluate the choice of saying ‘no’ to “a wonderful and innovative market” like China. “We wanted to learn what it would look like if we were in China, so that's what we built internally… Given how important the market is… we feel obliged to think hard about this problem and take a longer-term view.”

Since news of the Dragonfly project first leaked, hundreds of Google employees protested by signing a letter which said the project raised “urgent moral and ethical issues.” Also, earlier this month, the U.S. Vice President Mike Pence called for Google to immediately shutdown work on Dragonfly telling that it would “strengthen the Chinese Communist Party censorship and compromise the privacy of Chinese customers.”

The Indian-American CEO played down the influence these protests had over the company’s decision and said, “People don't understand fully, but you're always balancing a set of values such as providing access to information, freedom of expression, and user privacy… But we also follow the rule of law” in every country Google operates.