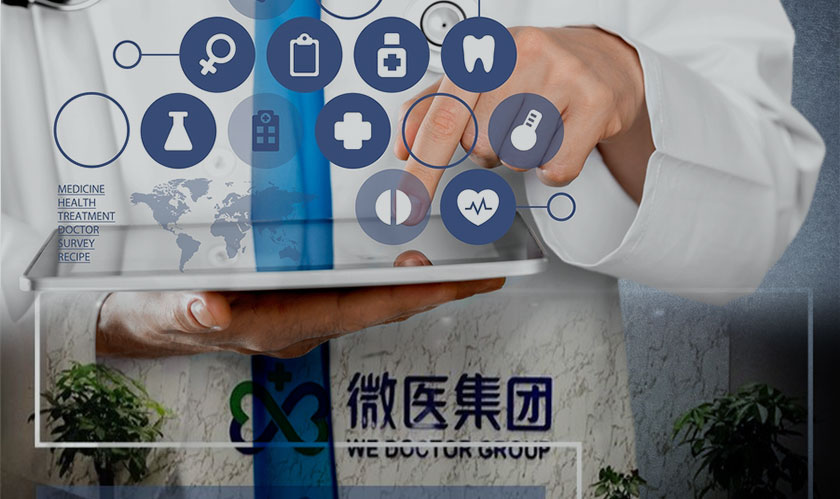 The Chinese Healthcare company WeDoctor, founded by Jerry Liao Jieyuan in 2010, wants to become the Amazon of Healthcare. WeDoctor was a startup that helped people to book consultations with doctors. It then went on to become a $5.5 billion company that operates online follow-up consultations, drug prescriptions, and actual clinics staffed by physicians.

WeDoctor now focuses on getting AI to Healthcare to parse data, detect ailments like cervical cancer. It also sells an Echo-like speaker for $600 which connects to fitness wearable and doubles as a doctor’s hotline. It is now planning to build a solution that helps patients and sufferers to pose health questions and get answers or medical advices immediately.

“AI won’t replace doctors but it will become an important tool for doctors and help improve their efficiency and accuracy… Through the internet and AI, China’s healthcare services will improve significantly in the next five to 10 years,” said Liao.

China is yet to develop laws to protect its patient’s healthcare information, whereas in other countries, say, in the U.S. the healthcare industry has to navigate through a web of regulations set in place to protect patient privacy. Google’s DeepMind was once criticized and drew fire from the British regulators for inappropriately accessing hospital records. Thus, the loosely-structured local laws like that of China gives companies like WeDoctor to outshine its rivals in the market.

“There are a lot of issues that need to be taken into consideration when it comes to privacy, including who can access data on patient’s medical records and how that data can be used,” says Jason Siu, an Analyst with Guosen Securities.

WeDoctor openly admits its ability to glean data, neither are the users in China worried about data privacy. The Chinese people are accustomed to surveillance, and having their information shared to the government, and information when publicized or leaked seldom causes ripples.

Gilbert Ho, a senior director at NWS Holdings Ltd., said, “We think WeDoctor could become a big business in China is because of the sheer demand for better and more convenient healthcare treatment…It  has the advantage to understand users with its big data and technology.”

Jeff Chen, a former HSBC banker is now the strategist for the firm, and he talks openly about how unfettered access to patients’ medical data can help profile users, big pharmas and insurance companies. The data collected by WeDoctor is categorized into buckets based on age, gender and symptoms. This aids pharmas and other users to produce targeted ads and products.

“Our platform is just in the early phases of development and there’s so much more we can do to make the space more efficient,” Chen said.