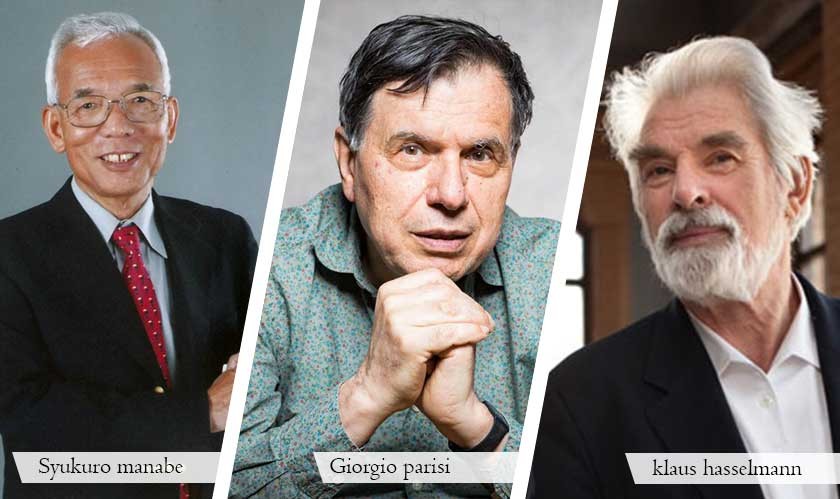 2021 Nobel Prize in Physics given to three scientists whose work has contributed to understanding complex climatic systems and human impact on global warming.

The Nobel Prize in Physics 2021 has been awarded "for groundbreaking contributions to our understanding of complex systems." One-half of the prize was awarded jointly to Japanese-born American Syukuro Manabe and German Klaus Hasselmann "for the physical modeling of Earth's climate, quantifying variability and reliably predicting global warming." The other half of this year's Nobel Prize in Physics was awarded to the Italian scientist Giorgio Parisi "for the discovery of the interplay of disorder and fluctuations in physical systems from atomic to planetary scales."

Beginning in the 1960s, Syukuro Manabe led the development of physical models of the Earth's climate. He also demonstrated how increased carbon dioxide levels in the Earth's atmosphere lead to increased temperatures at its surface. About a decade later, Klaus Hasselmann created a model that links weather and climate, answering why climate models can be trustworthy despite the weather being chaotic and changeable. His methods also proved the increase in atmospheric temperature due to human emissions of carbon dioxide.

Giorgio Parisi's discovery of hidden patterns in disordered complex materials is among the most vital contributions to complex systems theory. It is because of his contributions understanding and description of many different and entirely random materials and phenomena of physics, mathematics, biology, neuroscience, and machine learning are possible.