Netflix Is Testing A Traditional Linear Channel In France

Netflix Is Testing A Traditional Linear Channel In France 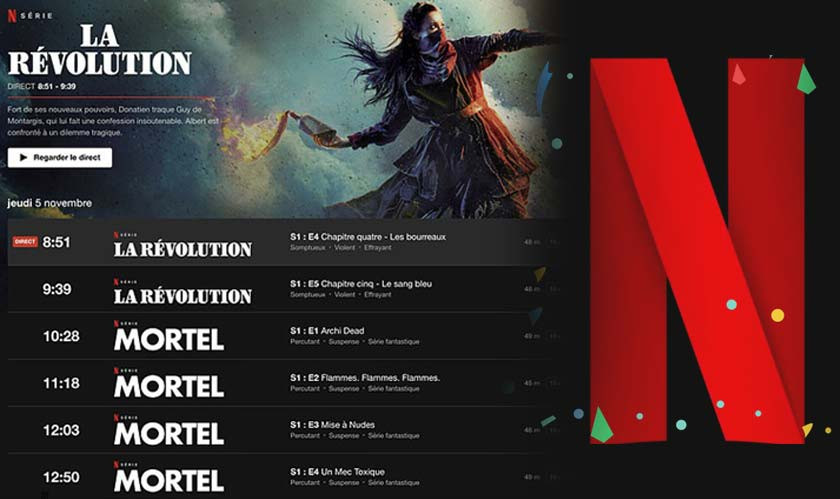 Netflix is testing a linear channel service in France, dubbed as Netflix Direct. It will act as a traditional cable and broadcast TV offering contents from its existing library. The users will not have the option to change the program; instead, they will have to just watch what is being broadcasted. This can be a turnoff for a few users, but many users who cannot decide what to watch will appreciate it. However, Netflix will also continue its existing plans and streaming service simultaneously to give users an option.

“Maybe you’re not in the mood to decide, or you’re new and finding your way around, or you just want to be surprised by something new and different,” Netflix said in a statement announcing the new service. The first choice came as France for the launch of Netflix Direct because traditional TV is hugely popular there, and people just want a ‘lean back’ experience where they don’t have to choose shows. Netflix Direct rolled out in some parts of France on November 5th and will expand to more parts of the country next month. According to Variety, Netflix has about 9 million subscribers in France.

Apart from this, Netflix is doing several experiments to gain its top position in the streaming business. A few months back, Netflix launched a “Shuffle” button that allowed users to scroll through recommended viewing options randomly. With Netflix Direct, all viewers on the channel will be watching the same program at the same time. The streaming giant saw a sharp increase in its business at the start of the coronavirus pandemic; in the first two quarters of 2020, it added 26 million subscribers - nearly as many as it added for all of 2019.