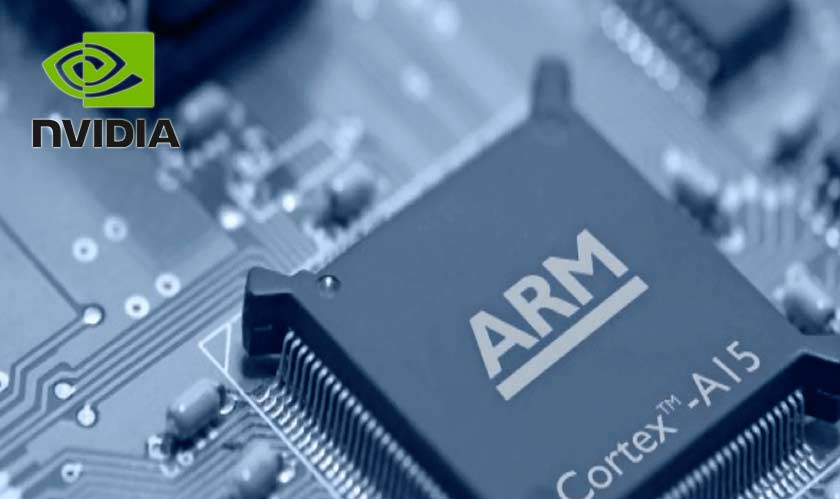 Nvidia, the famous GPU making company is in talks with Softbank to acquire ARM. The Softbank-acquired Advanced RISC Machines (ARM) is responsible for almost all the smartphones we have in the market now. From Apple, Samsung, Qualcomm, Huawei, MediaTek, all the companies use ARM Designed CPU and GPU architecture.

For the unaware, ARM doesn’t produce its chipset, instead, it just releases CPU and GPU design every year, which the famous Chipmaking companies license and further get them manufactured at TSMC or Samsung facilities.

Earlier this month, Apple announced that it will be leaving intel chips to pave way for its own designed “Apple Silicon” for Macbooks, iMacs as well as iPhones and Ipad. The Apple Silicon will also use ARM-based designs. Back, in 2016, Softbank had invested $32 Billion to acquire the UK based AMD. It was rumored to go public with the stock listing but, Softbank has put the company on sale demanding, $52 Billion.

After the announcement of Apple transitioning to AMD has also increased the value of the company. The company is still UK based and so the UK Govt. will keep a keen eye on the closure of the deal. Before this, Qualcomm and Samsung were also in the race of buying AMD. But it looks like Nvidia is very near to closing the deal.

With Nvidia, acquiring AMD, it will give it a major boost in expanding its portfolio. Apart from the famous GPU lineup of “GeForce”, Nvidia has also invested in gaming, professional visualization, data centers, and artificial intelligence.