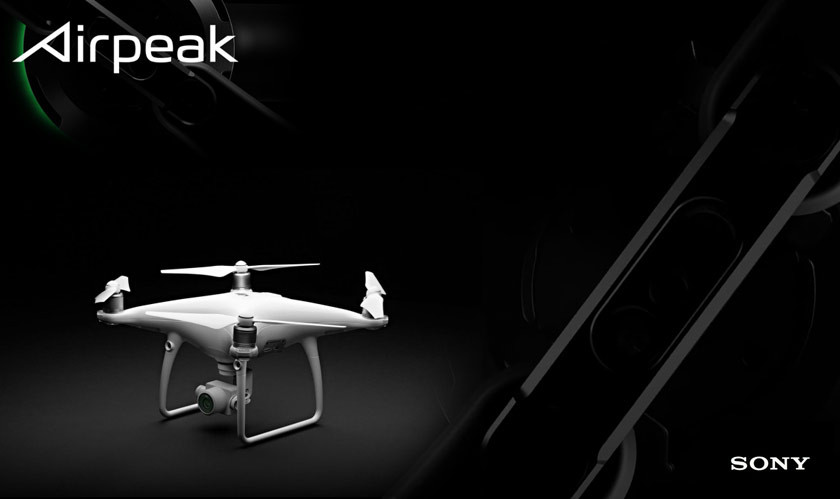 Sony is entering the drone market with a new brand called "Airpeak," with plans to launch in early Spring next year. On its website, Sony made a press release stating, "The recent proliferation of drones has contributed greatly to the delivery of previously unseen images, as well as to workflow efficiency and energy savings in the industrial sector. Sony has assigned the "Airpeak" brand to reflect its aspiration to contribute to the further evolvement and the creation of the unprecedented value through its imaging and sensing technology as well as 3R technologies (Reality, Real-time, and Remote) in the drone area."

Airpeak will have to be on par with DJI, which has been the best in the consumer and enterprise drone market. Sony describes the drone as being developed within "the field of AI robotics." Airpeak will also promote this project to enable drone-use with the highest safety and reliability level in the environments where this has been difficult in the past. This means Sony will include AI features into the drone along with precise sensors.

Small drones have gotten smarter and smarter, able now to avoid obstacles, recognize other flying objects, and navigate between buildings without any intervention from their human operators. But many of these capabilities are still essentially theoretical rather than widely deployed. Depending solely on the sensors, as in the case of DJI, it has been the major drawbacks as there have been many incidents of drone crash or lost drone. Sony aims to fix this with the new project. The specifications of the same are not yet known, but after the announcement, we can expect more details in the near future.