Telegram added 70M users in a day due to WhatsApp outage

Telegram added 70M users in a day due to WhatsApp outage 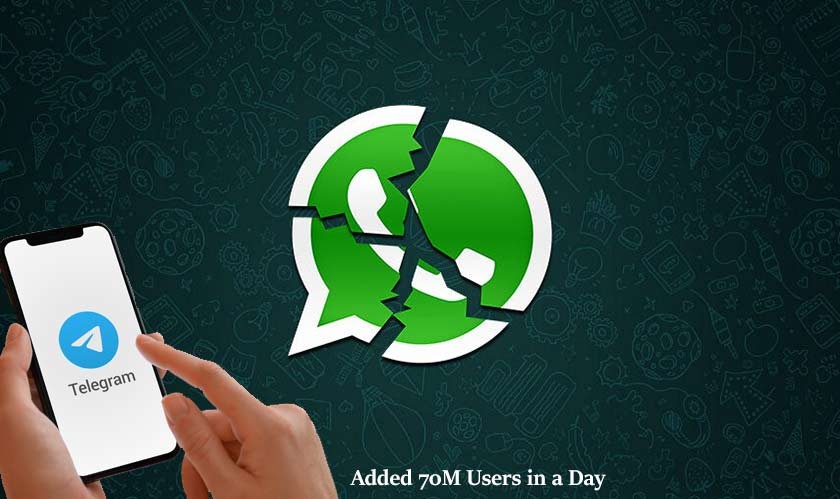 Facebook’s six-hour-long outage, which affected Facebook, Instagram, and WhatsApp, has decreased the revenue of Facebook and indirectly did a favor to its rivals. Telegram CEO and Founder Pavel Durov said on Tuesday that his instant messaging app added a staggering 70 million users on the day of the Facebook outage, as Telegram experienced a record increase in user registration and activity.

“I am proud of how our team handled the unprecedented growth because Telegram continued to work flawlessly for the vast majority of our users,” wrote Durov on his Telegram channel. But however, it wasn’t so smooth for the Americas, as some users faced slower speeds for a while, as millions of users jumped to Telegram after the Facebook outage. However, it was for a short time, but Telegram remained functional at least. Telegram has recently garnered 1 billion downloads and has 500 million monthly active users.

Apart from this, Signal, which also competes with Telegram and Whatsapp, also tweeted yesterday that “millions of new users” had joined the app. Although people in the US prefer iMessage, WhatsApp is the most important message app in other countries, such as Brazil. Every time Facebook services have an outage, people look for better alternatives. Telegram has been the go-to messenger for most of the users as it has been extensively adding new features and technically much more advanced than WhatsApp.