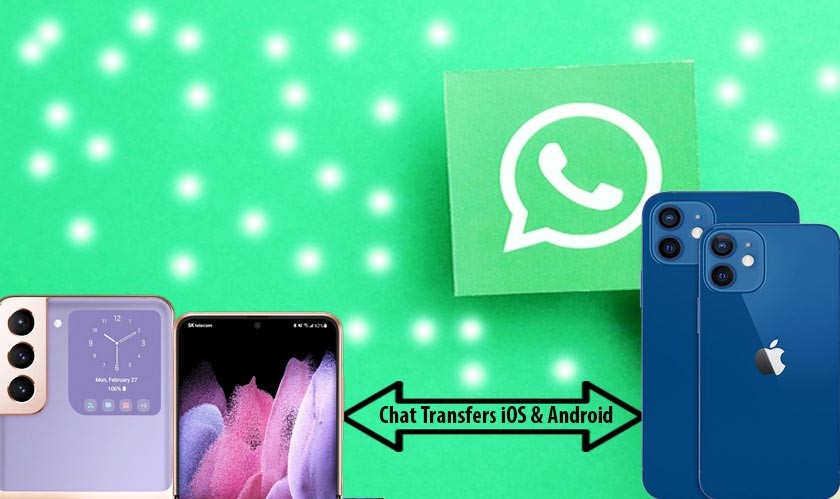 Transferring chats is possible only when the devices are connected directly through a cable.

After being rumored for several weeks, WhatsApp has finally allowed the direct transfer of message history and content between Android and iOS, including all your voice notes, photos, and conversations. The feature was officially announced during Samsung's Unpacked event. The Galaxy Z Fold3 and Z Flip3 will be the first to support this. However, this feature will also be available for other devices in the future.

The feature is scheduled for Samsung devices on Android 10 or above before eventually reaching all other Android devices and iPhones "in the coming weeks." Whatsapp has not made it clear regarding when this feature will allow Android users to be able to transfer data to iPhones.

"WhatsApp will be introducing the ability to move your entire WhatsApp chat history — including voice notes, photos, and conversations — in a seamless and secure way if you choose to switch mobile operating systems," the company said in its announcement.

Transferring chats is possible only when the devices are connected directly through a cable. Whatsapp has not allowed the import of data through WiFi or the Internet, as it may raise security concerns. For the transfer, users will require USB-C to Lightning cable (the one conveniently included with all modern iPhones).

WhatsApp has become one of the most popular messaging apps in the world. Since then, it is restricted only to a device. However, WhatsApp is also working on multi-device support. Before this announced feature, importing or transferring chat history was hectic, as a backup was the only option.