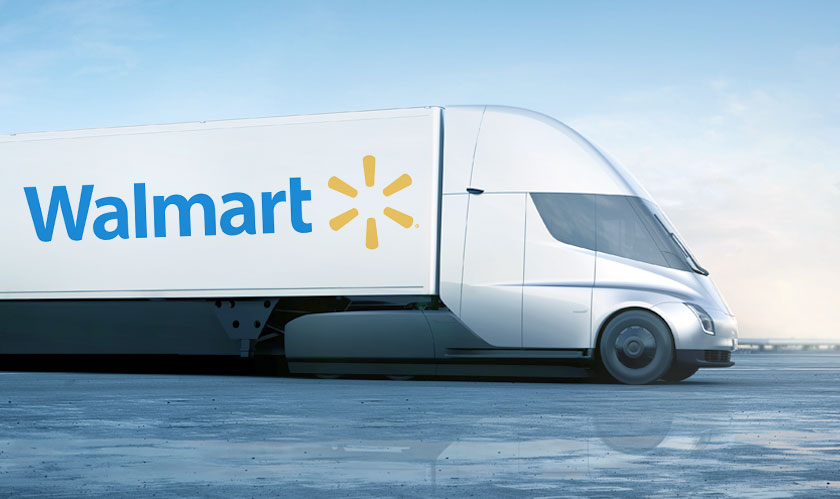 It’s an important moment for Tesla as the company is rolling out the new Semi trucks. But Walmart has got Tesla’s back. The giant retailer has preordered 15 of Tesla’s Semi trucks, being the first ones to pilot the trucks on road.

“We have a long history of testing new technology – including alternative-fuel trucks – and we are excited to be among the first to pilot this new heavy-duty electric vehicle,” said Walmart in a statement. From the looks of it, Walmart had made the deal with Tesla even before unveiling it to the public. This itself is a big push from Walmart in support of Tesla.

Walmart also added, “We believe we can learn how this technology performs within our supply chain, as well as how it could help us meet some of our long-term sustainability goals, such as lowering emissions.” The Semi truck is a Class 8 truck that makes it part of the biggest freight trucks. The Semi also contains the same motors as Tesla’s Model 3 sedan.

During the unveiling of the Semi trucks, Elon Musk, CEO of Tesla said that the trucks would enter into production in 2019. There are still manly hurdles that the trucks need to pass through like per-mile cost, gaps in EV charging infrastructure, and maintenance issues.