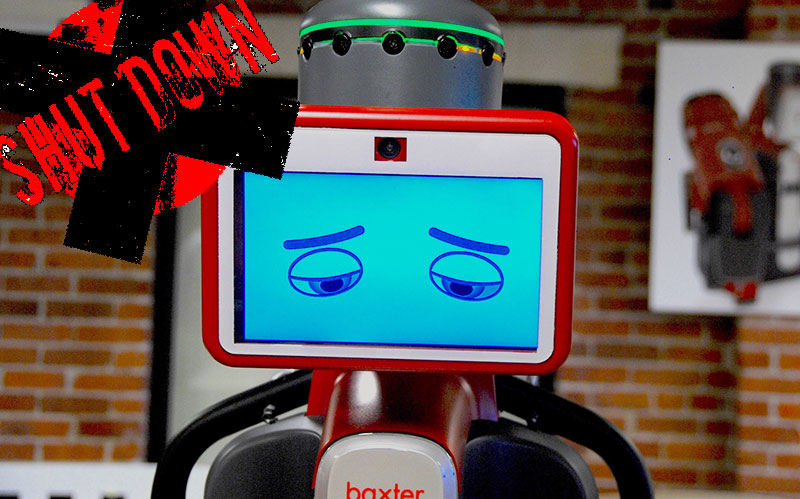 The graph of Rethink Robotics is taking a drastic downhill ride. It looks like the company will be shutting down soon after a potential buyer backed out from buying Rethink Robotics. With company’s scale rising up with its collaborative robots technology, the downfall has clearly rattled the robotics industry.

The technology of the collaborative robots reshaped the industry as it didn’t require codes to run. Rather, the men at work could teach the robots through a guiding process to pick up and perform tasks. But the unexpected turn of events has left the company with closed gates.

Scott Eckert, the chief of Rethink Robotics said that the sales of the Baxter and Sawyer robots weren’t increasing or meeting the expectations. Moreover, after the potential buyer backed out of the acquisition, it resulted in shutting down of Rethink. The closed gates will leave nearly 91 people out of jobs. But we’re talking about robotics, so they may find positions soon enough.

It’s evident the industry is a tough place. A major competitor for Rethink was Universal Robots, who had a head start in similar collaborative robotic technology. Although it was Rethink that created a breakthrough in accessibility for collaborative robotics, Universal succeeded in its deep platform for the bots. While it seems sad to say bye to the company, it’s just the way the market works.