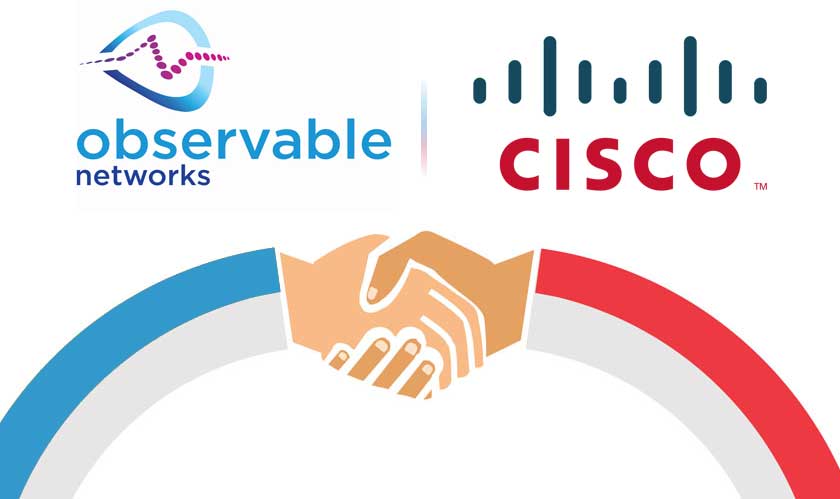 The enterprise security space has another acquisition to buzz about. Cisco has acquired Observable Networks, a forensic security cloud service provider. There has been a huge demand for security services with a spike in threat of cyber breaches and malicious hacking. This has made businesses move toward cloud-based infrastructure.

Observable Networks is based out in St. Louis and works in providing real-time network behavioral monitoring which helps businesses. The IT teams in companies are assisted to detect anomalies related to security breaches, with a particular emphasis on cloud deployments. The company has been around for a couple of years and was founded in 2011. Initially, the company had raised less than $5 million from investors. The CEO of Observable Networks announced in a blog post that the startup will be a part of Cisco.

On the other hand, Cisco has been making a number of acquisitions in security. Cisco said that the Observable’s cloud-native forensics applications will become part of the Stealthwatch solution. It is a security business group, which is also a part of the Cisco family. So, depending upon the size of your business the new application will be priced based on tiers using SaaS model. Observable Networks can be easily activated on Amazon Web Service and on Microsoft Azure.

Looking at the rate at which cyber crime is increasing, this acquisition makes it significant. More and more businesses are likely to invest nearly $1 trillion by the end of 2020 to fight and protect themselves against security breaches. A company primarily concentrating on switching and routers for servers making moves to build its business in cloud applications and cloud services only highlights the matter. More companies and business will surely follow to move their business to cloud-based or hybrid architectures.