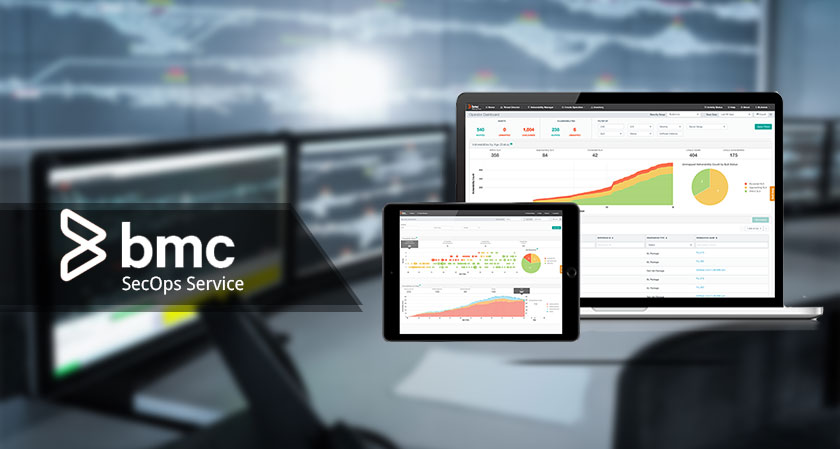 BMC, an IT management software specialist has always been a step ahead of the game when it comes to providing services related to security. With the launch of the BladeLogic Threat Detector they launched a service that would give a report on the present state of vulnerabilities in the IT infrastructure and would collaborate with operators to fix the issue before an incident even occurred.

"When operations receive vulnerability data from the security team, it lacks the context necessary in order to prioritize and take action," said David Cramer, vice president and general manager of security operations at BMC. "SecOps Response Service helps answer critical questions such as, which applications are dependent on those systems? Do we have a patch to address the vulnerability and has the patch been tested? When is the next available maintenance window that we can use to remediate this issue? A cloud service like SecOps Response Service facilitates increased coordination and collaboration between the teams. By providing prescriptive and actionable data, IT operations and security teams can prioritize and remediate security threats and vulnerabilities based on the potential impact to the business."

Built around the BladeLogic Threat Detector, BMC has announced the launch of a new service called the SecOps response service.  While the former was an on premise service that helped detect and analyze vulnerabilities, its successor does the work right from the cloud.

According to the IDC more than half of all enterprise workloads will be in the cloud within the end of next year. As companies grow towards it, the gaping holes in security they leave are taken care by this new service.

"We are offering our customers the ability to deploy the product on premises with Threat Director, or run it as a service, with SecOps Response," said David Cramer, vice president and general manager of Security Operations at BMC.

This gives BMC the kind of flexibility no one has. Also its a vulnerability response, not an incidence response service which means you get reports of the issue before they turn into an incident and you can resolve it with the help of the contextual data BMC provides.