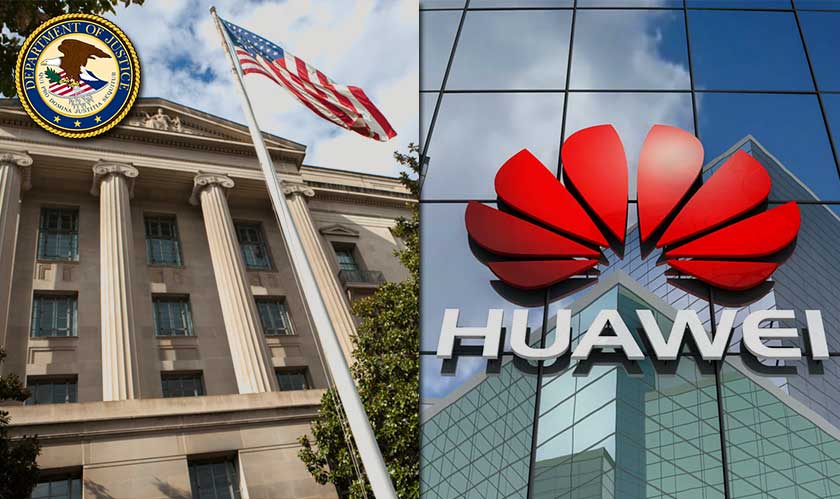 The US Department of Justice (DOJ) has filed criminal charges against Huawei and its CFO Meng Wanzhou who was arrested in Canada last December on suspicion of violating US trade sanctions. The charges against the world’s second-biggest smartphone maker include bank fraud, obstruction of justice and theft of technology.

Acting Attorney General Matthew Whitaker, in a press conference on Monday, said that the US DOJ seeks to extradite Meng Wanzhou from Canada. He said, “We plan to file our formal extradition request and all the necessary documentation under the extradition treaty in the appropriate time frame.” US Commerce Secretary Wilbur Ross said, "For years, Chinese firms have broken our export laws and undermined sanctions, often using US financial systems to facilitate their illegal activities. This will end.”

In one of the two indictments that were announced, the Justice Department accuses Ms. Meng and Huawei of misrepresenting the company’s relationship with an Iranian affiliate, SkyCom Tech, allowing it to continue its work with the US banks and officials despite American sanctions.

A second case announced by the Justice Department alleges Huawei stole intellectual property from T-Mobile. The latter had filed a civil trade secrets lawsuit against Huawei in 2014 for violating confidentiality agreements, and also for stealing information on — and even a physical piece of — a robot used to test a used smartphone’s quality and security before reselling.

The US’s indictment against Huawei, which China refers to as “unfair and immoral”, comes as the two nations prepare to hold high-level trade talks in Washington this week. The charges, however, Ross said, were "wholly separate" from ongoing trade negotiations with China.