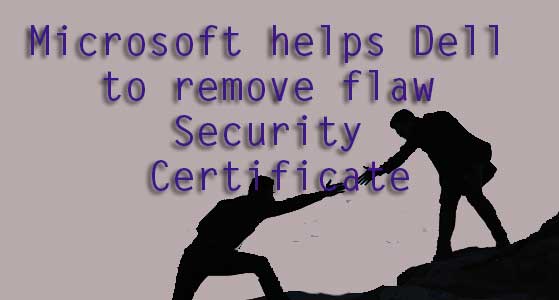 The eDellRoot and DSDTestProvider self-signed certificates both contained their private encryption keys that could be extracted by attackers and used to steal personal data, install data-stealing malware, or hijack the PC. Dell has released software updates to remove both and has published guidelines on how to do it manually, but Microsoft is making sure all its customers are protected.

The Windows Defender tool will kill the certificates and the associated Dell.Foundation.Agent.Plugins.eDell.dll plugin that will respawn the certificate.

The Dell certificates were part of the service tools and were aimed at making technical support easier by informing Dell about which product a customer is using.