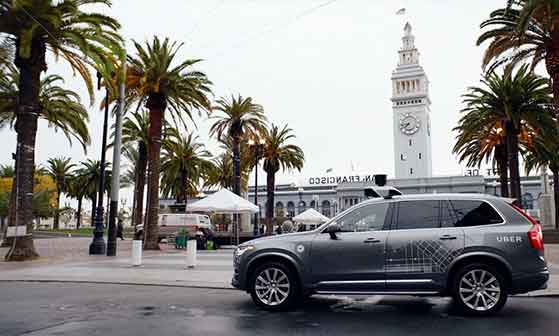 Waymo, Alphabet’s autonomous car company, had filed a lawsuit against Otto and Uber saying that Uber had misappropriated its trade secrets, and infringed upon its held patents. It is making new claims alleging that Uber is intentionally hiding technology which is being used in its development of self-driving cars.

The company claims that Anthony Levandowski, a former Waymo employee, downloaded 14,000 confidential files before quitting the company to start his own company, Otto. A few months after its inception, Otto was acquired for $680 million by Uber. Waymo found out about the theft of its intellectual property when it accidentally received an email from a supplier that included details of a LiDAR circuit which looked remarkably like its own.

But Uber asserts that it hasn’t yet used its LiDAR system in its self-driving cars, as it is still working on its multi-lens LiDAR system, code-named Fuji. Waymo’s data weren’t used to develop its LiDAR systems; rather, the project was conceptual and never prototyped. It buys the technology from third-party suppliers, including Velodyne.

Waymo argues that the Fuji LiDAR is just being used to conceal the facts and mislead the court. With its evidences, the company is seeking an injunction against Uber to halt the development of its self-driving program while the case is underway. ” Waymo’s injunction motion is a misfire. It doesn’t meet the high bar for an injunction, which would stifle our independent innovation – probably Waymo’s goal in the first place,” said Angela Padilla, Uber’s associate general counsel, in response to the claims.