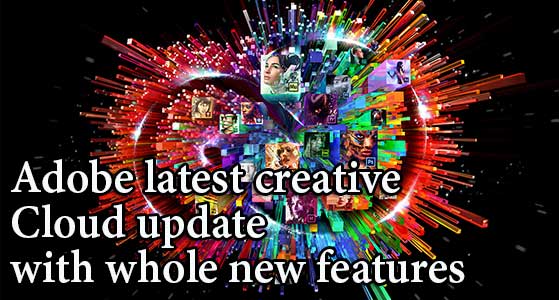 Many of Adobe's apps, including Photoshop CC, Lightroom CC, Illustrator CC, InDesign CC, and Premiere Pro CC are being updated with new Touch capabilities for use on Windows tablets and Apple trackpad devices.

Adobe Audition CC includes a new Remix tool for adjusting the duration of a song to match video content. Remix is able to automatically rearrange music to any duration to create custom tracks that fit video creation needs. It's also able to generate synthesized speech in dozens of voices for custom narration and scratch voiceover.

Adobe's fall updates are the second major round of updates the company's Creative Cloud apps have seen this year. The apps also saw significant feature updates in June.