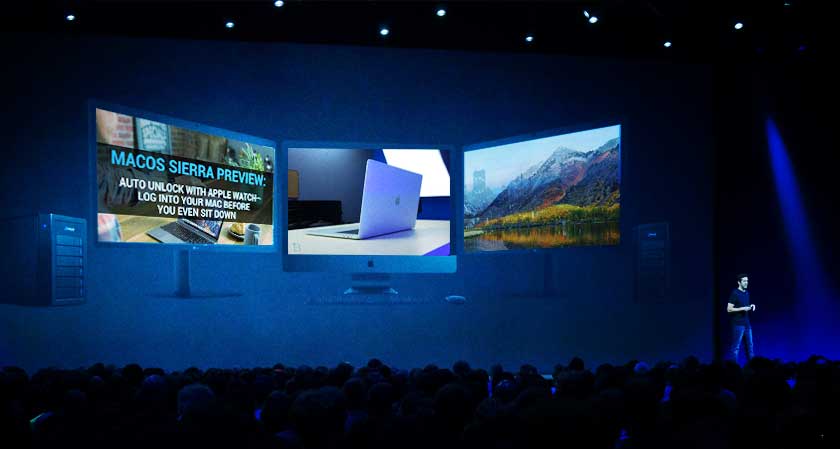 The latest addition from Apple is the new edition of the macOS called High Sierra which was announced in their annual conference-WWDC in San Jose. “The name’s fully baked!” said Apple’s senior vice president of software Craig Federighi. It comes with a big load of goodies which promises the users a faster and better desktop operating system.

Apart from upgrading photos with better editing tools and face recognition, the High Sierra also offers an amazingly faster Safari browser. Apple claims that it is 80 percent faster than Chrome. The upgraded Safari has a lot more to offer. It has Intelligent Tracking Prevention and video auto play blocking which will increase your privacy and ease your browsing experience.

In addition to this, Apple has now introduced Apple File System-APFS, a file manager. Now all those who were groaning about Apple’s lack of a file manager have their answers! The default file system is now Apple File system with features like built-in crash protection and instant file and directory cloning. When it comes to video, the H.264 will be replaced with macOS support HEVC in High Sierra which also integrates with apps like Final Cut.

The graphics also gets an upgrade with the introduction of Metal 2, the second version of Apple’s graphic framework. Metal 2 is not all about graphics. It is also about Machine Learning, said Craig Federighi. Metal 2 will be able to support VR. Steam VR, unity and UNREAL Engine will be collaborating to enhance the VR experience on macOS High Sierra.

WWDC is one of the most exciting conferences held annually, especially for Apple fans. With the new macOS High Sierra, Apple has once again done it! Apple lovers are in for a hell of a ride with High Sierra’s better and enhanced features.