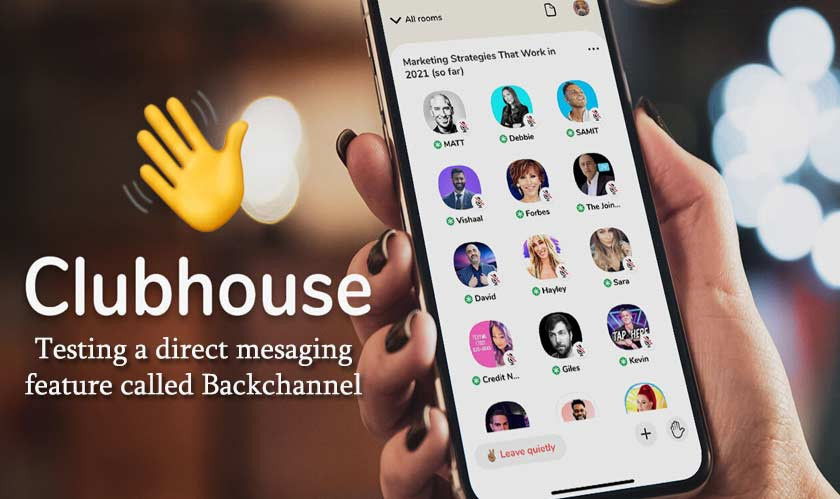 Clubhouse has been the pioneer of Audio-based Social media app that has inspired even other big techs to make a similar app or include this new feature into their existing apps. While Clubhouse has been a major hit among the masses, it lacked a direct messaging feature, which often creators need to socialize better or plan better before speaking up in audio conferences.

To solve this problem, Clubhouse has been developing a direct messaging feature called Backchannel to allow users to interact in text-based DMs. Some lucky users got the new UI element early for testing, but soon enough, it was pulled off. The testing of the new feature shows, Clubhouse is experimenting with generatingmore better ways for people to connect.

Earlier, the text chat feature had been hinted at by the Clubhouse CEO Paul Davison in a company town hall event, where he said, “I think that there are so many people who do DM backchannels all the time, so many people who want to deepen friendships and relationships with people and do all sorts of other stuff — I think this is something that we should have.”

The Clubhouse co-founder further said that building the feature to suit the app’s use cases won’t be trivial but wouldn’t be happening right away. He also didn’t elaborate if the app would add one-on-one DMs or a more open group text chat feature.It’s still unclear when Clubhouse will make the feature available for everyone, butthe limited beta testing done last week, the feature might make way to all the users soon.