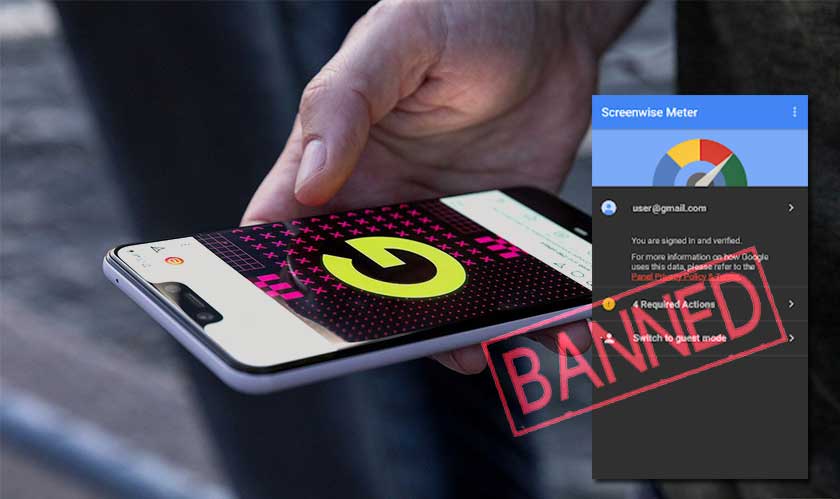 Google just blocked one of its iOS apps, after it was revealed that the app collected extensive data on users to study their digital habits. The iOS version of the Screenwise Meter app violated Apple’s distribution policies just like the way Facebook’s usage-tracking Research app did.

Google’s controversial software app, which can be downloaded by users aged 18 and above via Apple’s program, rewarded users with gift cards for sideloading an Enterprise Certificate-based VPN app. This companion app allowed Google to monitor and analyze the user’s network traffic and data.

“The Screenwise Meter iOS app should not have operated under Apple’s developer enterprise program — this was a mistake, and we apologize,” Google told to a news website which reported the act. “We have disabled this app on iOS devices. This app is completely voluntary and always has been. We’ve been upfront with users about the way we use their data in this app, we have no access to encrypted data in apps and on devices, and users can opt out of the program at any time.”

Google and Facebook distribute their research apps through an Enterprise Certificate program Apple had created. The program helped organizations develop and distribute proprietary apps exclusively to their employees.

Apple banned Facebook from using its Enterprise Developer Certificate program immediately after it was reported that the social networking giant had used it to track the web-browsing habits of teenagers. And now, with Google, we may have to wait to see if it will face the same fate as Facebook’s. However, unlike Facebook, Google gave users the option to turn off the monitoring feature at least temporarily.