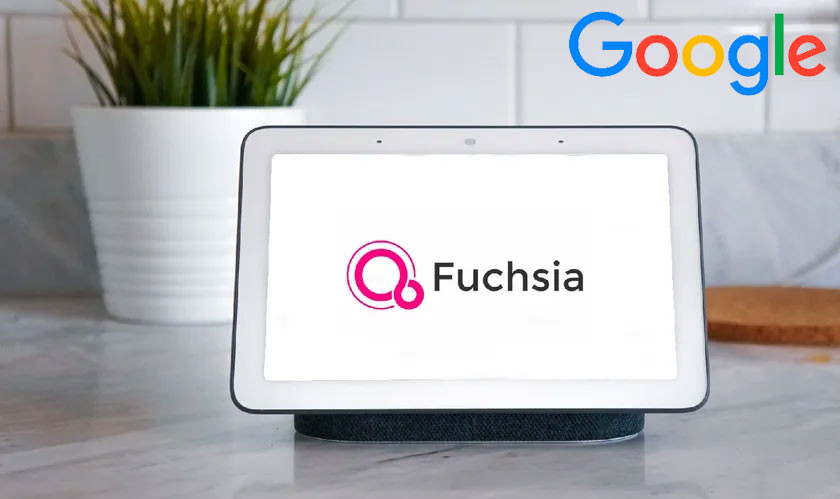 Google's long-in-development operating system Fuchsia OS has been made official for the original Nest Hub. This means, the OS, which was announced by Google back in 2016, is now available for the general public to test. Google is pushing an update, which will roll out to owners of the first-generation Nest Hub, first released in 2018. However, this update will not change any of the functionality of the Nest Hub, but more importantly, it will replace the "Cast OS" based on Linux with Fuchsia OS. This prompt update has been possible as Google's smart display experience is built with Flutter, designed to bring apps to multiple platforms consistently.

The Fuchsia-based update for the Nest Hub will roll out over the coming months, starting with those in the Preview Program, before eventually becoming more broadly available. Considering the interface and experience will be unchanged, it's likely that Nest Hub owners won't even notice they've been switched over to Fuchsia OS. As the OS is new, Google is taking several months for the update to give enough time for testing before it is rolled out to other devices.

Fuchsia OS can run Chromebooks, smartphones, and others as Google has described it as a secure, updatable, inclusive, and pragmatic operating system. Google has, however, clarified earlier that Fuchsia isn't a replacement for Android, but it will be able to run Android apps natively. The main difference between Fuchsia and Android is that the Android is based on a Linux kernel, while Fuchsia is based on a microkernel of its own, called Zircon.