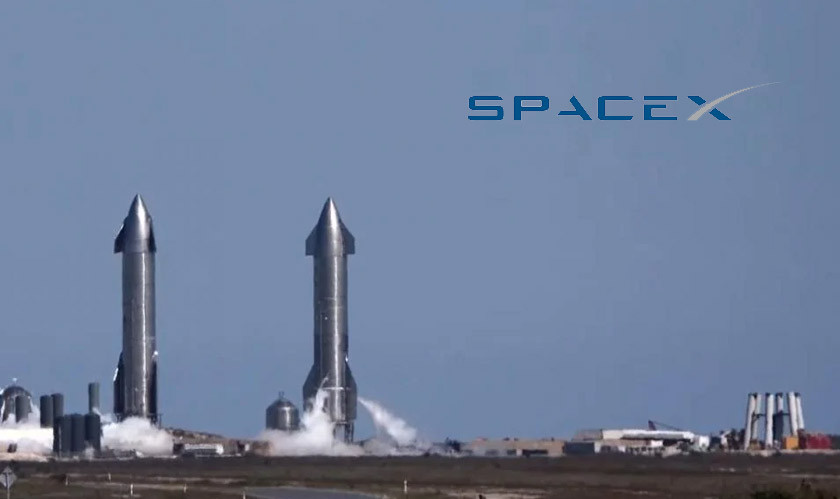 SpaceX has fired up its latest Starship prototype for the second time. The test fires were done on Feb 25 evening as a preparation for the actual flight. Starship SN10 fired its three Raptor engines for a few seconds in a "static fire" trial at SpaceX's South Texas site, near Boca Chica Village on the Gulf Coast. SN10's first static fire that was conducted on Feb 23 revealed an issue with one of the vehicle's Raptors. SpaceX had to swap out the engine and get SN10 ready for another static fire, a standard preflight checkout for the company's rockets.

If there is no error, SN10 could get off the ground very soon, perhaps in the next few days. The vehicle will fly about 6.2 miles (10 kilometers) into the South Texas skies, a high-altitude flight similar to the ones flown by the three-engine SN8 and SN9 prototypes on Dec 9 and Feb 2, respectively.

Both SN8 and SN9 had hit their targeted landing zones but did not survive the touchdown, exploding in massive fireballs. SpaceX is developing Starship to carry people and cargo to the moon, Mars, and beyond. The system consists of two fully reusable elements: a 50 meters spacecraft called Starship and a huge rocket known as "Super Heavy." The final Starship will have six Raptors, and Super Heavy will be powered by about 30 of the engines.

If everything goes by the plan, the final, operational Starship could be flying soon. SpaceX hopes to launch a prototype into orbit this year. Elon Musk, the company founder and CEO also thinks that the system will be flying people regularly by 2023.