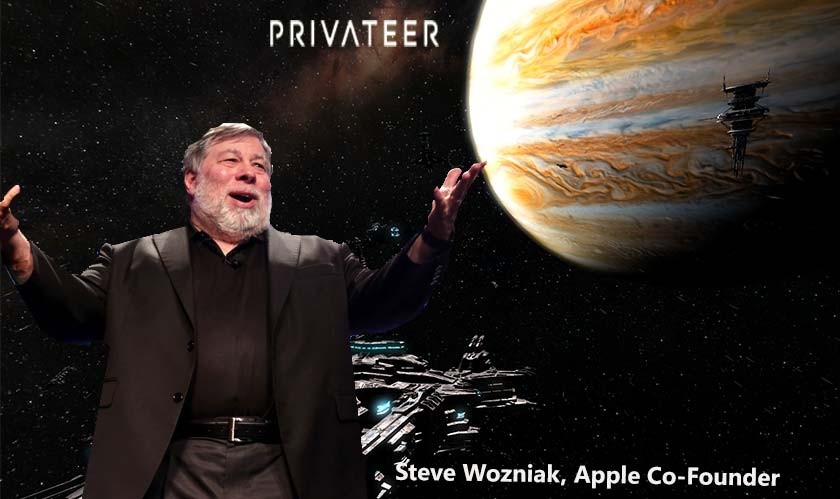 The further details of the project will soon be revealed at the AMOS Tech 2021 conference in September, which runs from September 14-17 this year.

Apple co-founder Steve Wozniak has announced a new space venture. The 71-year-old techie tweeted, "A private space company is starting up, unlike the others." The post also included a video link that did not reveal much details of the upcoming project.

This new space venture is being called "Privateer," which aims to keep the space safe and accessible for all humankind. It is the brainchild of Wozniak and longtime friend/collaborator Alex Fielding of robotic digitization company Ripcord. He is also a former Apple engineer.

The mysterious video released cites, "Together, we'll go far. We'll look out for one another, solve problems together. This isn't a race. It isn't a competition or a game. We are not one person, one company, one nation. So here's to taking care of what we have. So the next generation can be better together."

Apart from being the co-founder of Apple, Steve Wozniak also has previously launched "Woz U" in 2017. It was a programming boot camp that got into legal issues over its name and quality issues. The Privateer website says they are in stealth mode. The further details will be revealed soon at the AMOS Tech 2021 conference in September, which runs from September 14-17, 2021, in Maui, Hawaii.