Verizon 5G service is kicking off in 13 NFL Stadiums

Verizon 5G service is kicking off in 13 NFL Stadiums 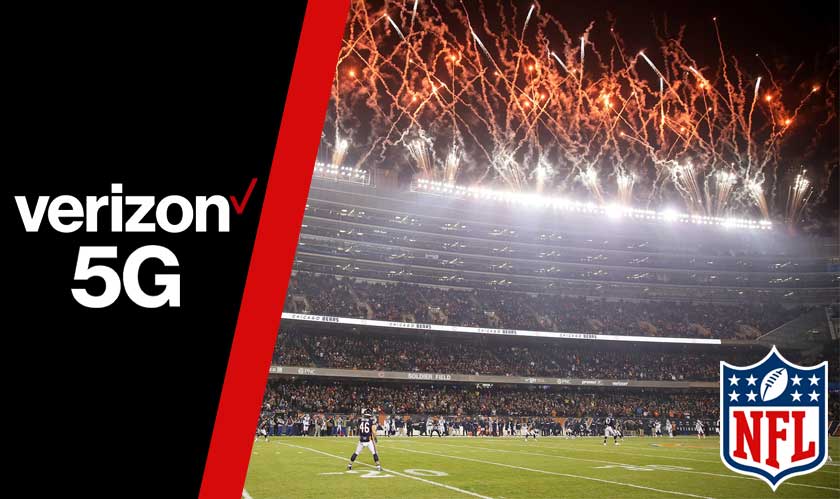 The partnership between Verizon and NFL is now making it possible for the NFL fans to enjoy 5G technology as they hit the stadiums to watch the games this season. The telecom giant has announced that its 5G ultraband service will now be available in 13 NFL stadiums.

The announcement has coincided with the kickoff of the 100th NFL season (2019-2020 season). Verizon says the fans will be able to enjoy lightning fast download speeds and lower latency while using their 5G-enabled devices in the stadium this season. The 5G service will be although limited to the seating area of these stadiums.

Among the 13 stadiums getting the 5G service are the popular ones like the Gillette Stadium, Mile High Stadium, Hard Rock Stadium, Ford Field, CenturyLink Field, Soldier Field, and MetLife Stadium.

Hans Vestberg, CEO of Verizon said: “Today’s announcement is a key moment in our partnership with the NFL. We’re proud to work with such an iconic organization to bring Verizon 5G Ultra Wideband service to fans across the country. Verizon 5G is fundamentally changing the way we live, work and play, and we expect the impact on the sports entertainment industry to be massive - it promises to revolutionize the entire game-day experience for fans.”

The commissioner of NFL Roger Goodell welcomed the 5G service to the stadiums by saying that the technology will greatly enhance the game-day experience. He further said that he looks forward to hosting the 5G ultraband service in all of 32 NFL stadiums in the near future.