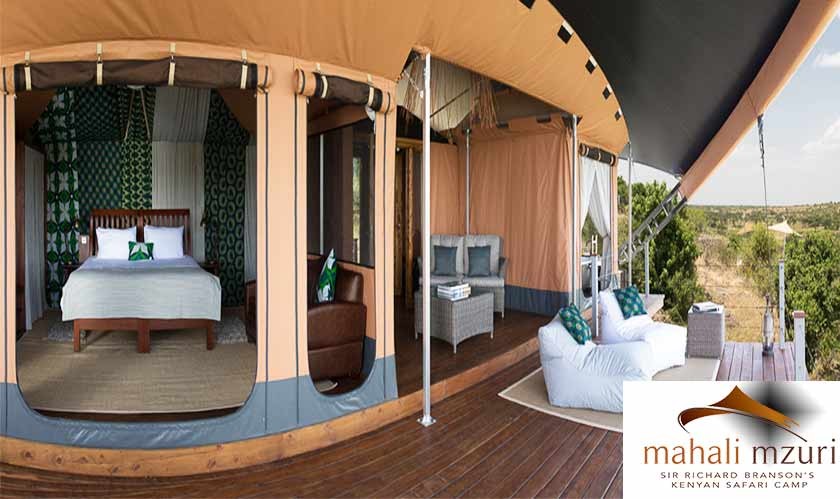 Sir Richard Branson’s luxury safari camp, the Mahali Mzuri, is named as the Best Hotel of 2021 by the Travel + Leisure magazine.

Mahali Mzuri, which means ‘Beautiful place’ in Swahili, has been named the Best Hotel of 2021 by the magazine Travel + Leisure. The 12 tented luxury safari camp owned by Sir Richard Branson of Virgin Galactic is located in the private Olongi Motorogi Conservancy in the broader Masai Maara ecosystem.

Catering up to 24 guests at a time, the Mahali Mzuri, the guests are guaranteed peace, tranquility, and excellent customer service amidst the expansive African plains inhabited by lions, elephants, and giraffes, wildebeest, and much more incredible flora and fauna. The wide viewing galleries in each tent also offer the breathtaking view of the Great Migration, the annual movement millions of animals embark on across the great African plains.

Mr. Branson congratulated the team of Mahali Mzuri in a tweet for being named the Best Hotel in the World. The list of winners was announced by Travel + Leisure at the end of a five-month survey in which the readers were allowed to reflect on their travel experiences in top hotels, resorts, cities, islands, cruise ships, and spas. The ratings were averaged based on facilities, location, service, food, and overall value.