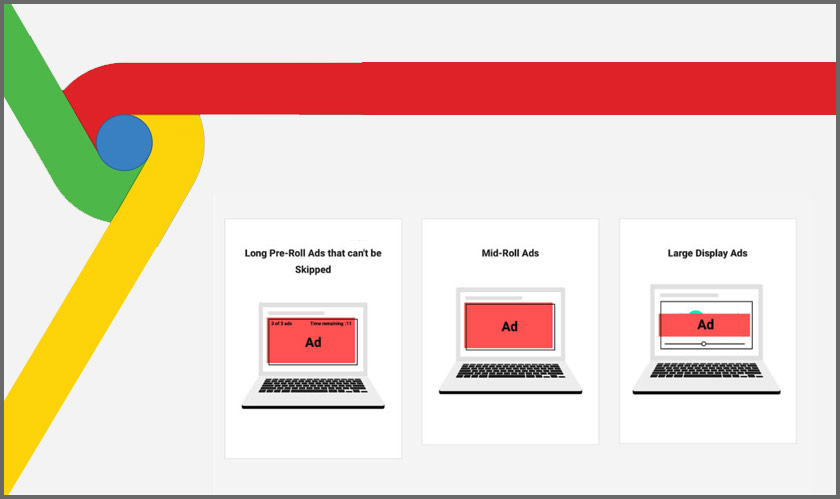 Google gets its lion’s share of the revenue from its ads but the company has also promised its users that they will be protected from malicious agents that usually operate through ads.  The company then decided to form a ‘Coalition’ that’ll focus on misbehaving video ads. Ironically the latest changes in ad policy will also affect YouTube ads.

According to some experts, the latest move from Google will ultimately help itself as the company will have a say in which ads and ad platforms are good and which ones aren’t and even present its own advertising platform as the best. Also, since Google Chrome is one of the most widely accepted web browser in the market, Google can use it to enforce those rules to make sure advertisers play by their will.

But its good news for the users as Google has finally decided to set a standard that’ll make ads less intrusive, and less annoying in nature. The IT services giant has revealed that several users have already stopped using ad blockers because of the new feature which essentially means more revenue for the company.

Earlier Ad standards focused on ads that display on web pages whereas the Coalition has now turned its focus specifically on bad ads that play before, in the middle and after online videos, ranging from long unskippable ads on very short videos to ads that play in the middle of the video.

Google has given website owners till August 4, 2020, to disable such disruptive ads and will also be reviewing YouTube’s ad system for compliance.