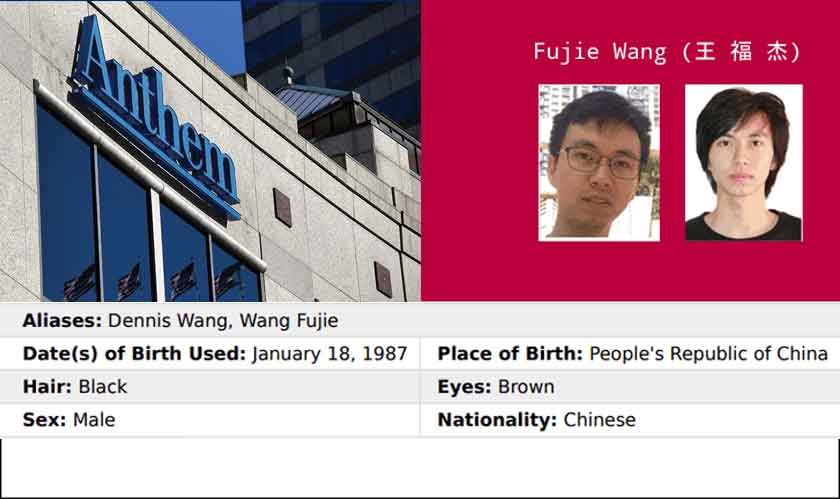 A Chinese hacking group was charged for one of the biggest healthcare hacks in the US, including the health insurance giant- Anthem. Millions of people’s important credentials and personal information was stolen and the Justice Department has charged Wang Fujie, 32 and her compliance- John Doe.

The duo had hacked into various US computer systems and stole valuable information for nearly a year from February 2014 to January 2015. According to the charge sheet, the hackers started off by spearfishing emails, which also included embedded hyperlinks. When the target clicks on the hyperlink, malware enters the systems and creates a backdoor entry for the hackers. “The defendants used sophisticated techniques to hack into the computer networks of the victim businesses without authorization,” the statement says.

According to the Assistant Attorney General Brian Benczkowski: “The allegations in the indictment unsealed today outline the activities of a brazen China-based computer hacking group that committed one of the worst data breaches in history.” After nearly a year of cybersecurity breach into sensitive information, the hackers were arrested in January 2015 when the investigating officials traced them through domains and virtual private systems used for the hacks.