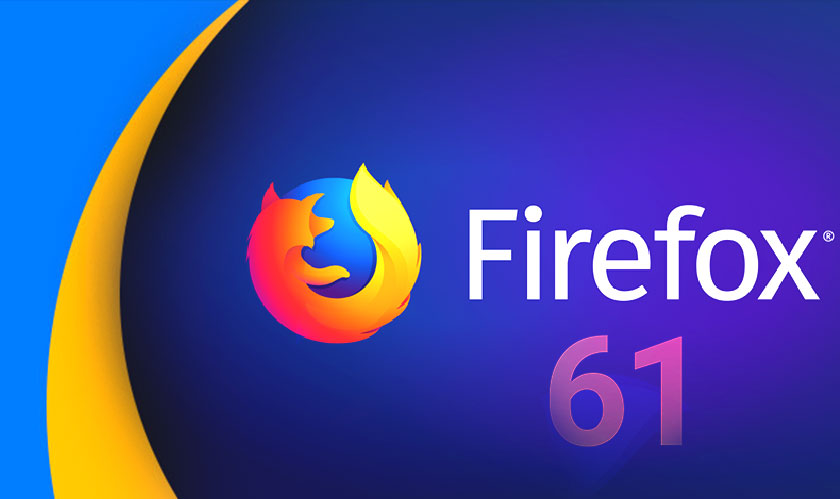 Mozilla has announced the release of Firefox 61. The major updates to Firefox 61 are to ensure better cybersecurity for the users.

Tab Management gets a major boost in this version of Firefox. It will help users to manage the open tabs better. A new feature called Tab Warming will help faster response time while switching between tabs. This will pre-emptively load a tab as soon as you hover the mouse over it. Further, Firefox 61 will have parallel CSS Parsing capability which is going to improve Firefox 61’s speed. It adds to the power of Quantum CSS by parallelizing the parsing step.

Firefox 61 will now block access to FTP sub-resources hidden inside of web pages since FTP is insecure because it's not encrypted data transfer. Additionally, due to default support for the Transport Layer Security 1.3 web encryption specification, Firefox will now be protected better.

The new Firefox Monitor tool will let the users see the details on sites and other sources of breaches. It will further reveal types of personal data exposed in each breach, and receive recommendations on what to do in the case of a data breach. The new updated Firefox will have as many as 18 security patches to fix its vulnerabilities.