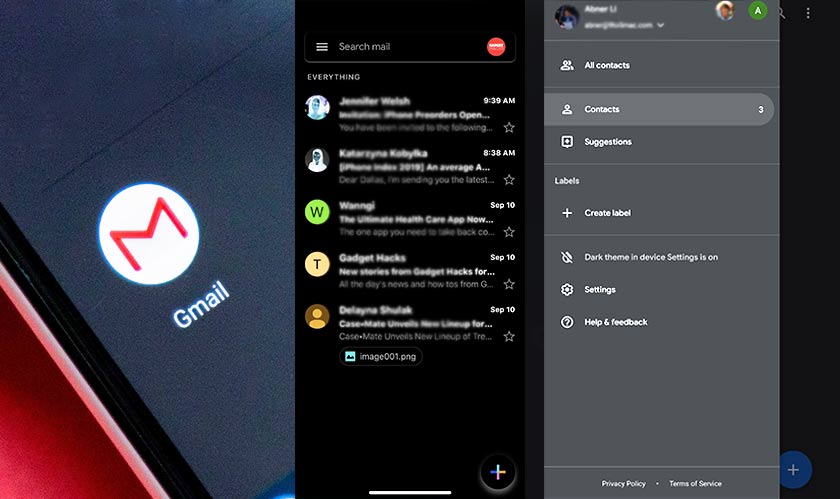 Google brings out its latest dark mode update in Gmail and it is available on both Android and iOS devices.

Users who use earlier versions of Android or iOS will have to change a few settings to avail the latest feature. If you’d like to try out the latest feature, open Gmail, click settings and you will find a new option called “Theme”. You need to toggle it to go to dark mode.

Google had stated in its press release that some of the users may not be able to avail this feature yet, as it is releasing an extended rollout in 15 days for Android and iOS. So, these users will have to wait for a while if the theme option is not available at the moment.

Several apps are moving towards the dark mode and Google has already rolled out dark mode on its apps such as Google Fit and its other popular apps. Although the dark mode is available in Google Calendar and Google Keep, the feature is only limited to android mobile users.