Samsung spilled some beans about its upcoming foldable smartphone 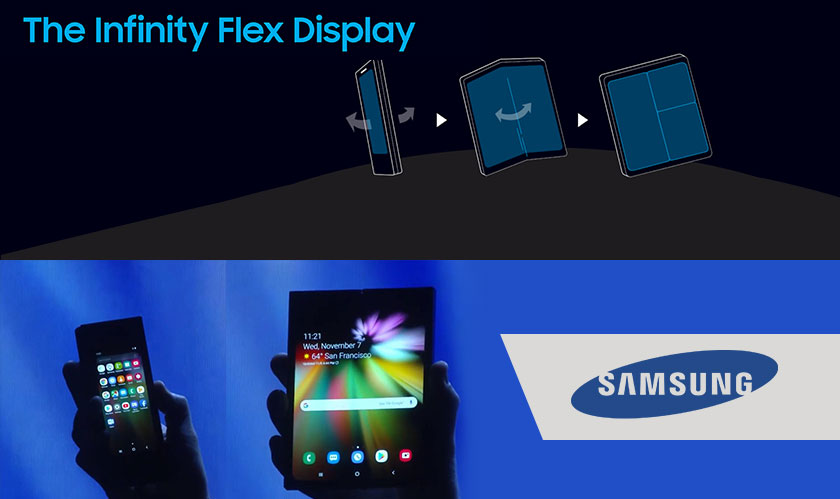 Samsung shared a few interesting features about its new Infinity Flex Display device at its Annual Developer Conference recently. The foldable mobile device is the company’s first hybrid gadget that transforms from a phone into a tablet, just like the Royole’s FlexPai.

Samsung revealed some new information about its future-phone, including pixel density, screen size, and aspect ratio in both the folded and unfolded modes. “When it is open, it's a tablet offering a big-screen experience,” said Justin Denison, Samsung's SVP of mobile product marketing. “When closed, it's a phone that fits neatly inside your pocket.”

The device will actually have three screens – a large display with a more standard 4.2:3 aspect ratio and a screen size of 7.3 inches; the folded, phone version of the Infinity Flex, a 4.58 inch display with an aspect ratio of 21:9, and a smaller secondary display which sits on the outside of the device for a more convenient day-to-day use. Resolution is 840 x 1960 when folded, and when unfolded it is 1536 x 2152. Pixel density is just fine with a standard 420 PPI.

The company hints about the device’s release in 2019 by announcing its plans to begin production of the Infinity folding panels (just the display) in the coming months. The cost, display orientations, and other crucial specs of the planned device, however, remain a total mystery.

Fortunately, Google lately announced its plans to offer Android support for folding phones; and the news aggregation app Flipboard signed on to develop a separate version of its app to fit in the “Multi-Active Window” of Infinity Flex.