Zara gets a new CEO 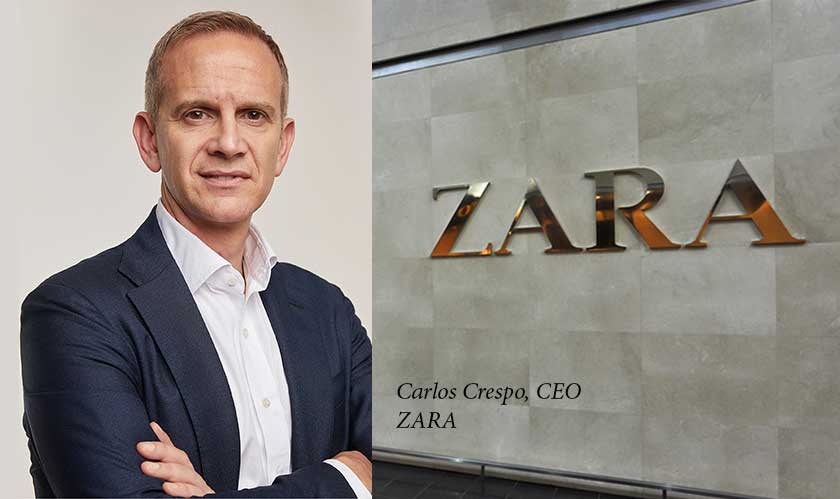 Inditex has announced that Carlos Crespo will be taking over the role of chief executive officer of Zara. Inditex owned Zara was headed by Pablo Isla who will now serve the company as the Executive Chairman.

With the rise of online shopping and Amazon, fashion brands have been looking for new ways to grab the market. Zara is one among these. Despite owning big chains like Massimo Dutti and Bershka, the world’s largest apparel retailer has had to think about the durability of their growth. The company expects this to change with Carlos Crespo heading the company.

Inditex in a statement said: “Carlos Crespo’s track record within the group and his responsibilities as CPP made this promotion the natural next step.”

The promotion of Carlos Crespo has also brought through a new change to the company as it is the first time Zara has split the position of chairman and CEO. Previously, Pablo Isla took over the role of both chairman and CEO in 2011 when the founder Amancio Ortega stepped down from the position.

Carlos Crespo, 48, is currently the chief operating officer of Zara and has been with Inditex for 18 years now. He will be responsible for the company’s technology, procurement, and sustainability in his new position.