Arbor Video Doorbell is a one-stop package for your home! 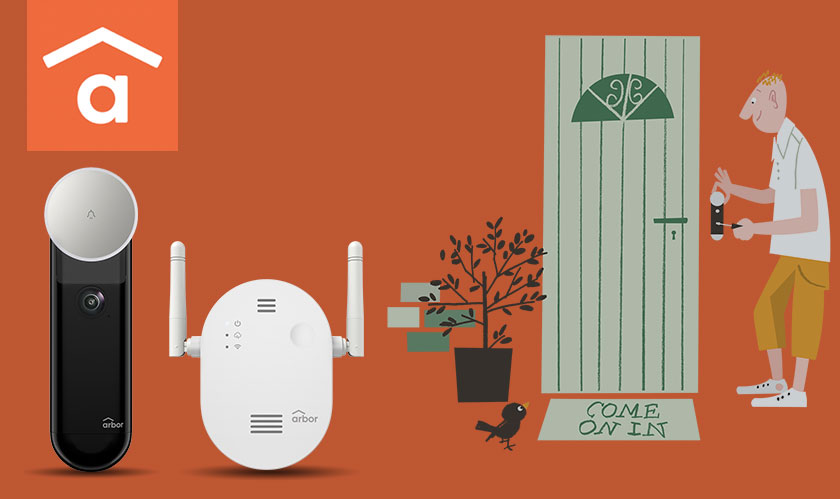 Speaking about its features, the doorbell streams 1080p HD video and comes with two-way day and night audio over 2.4GHz connected to the home’s WiFi. Interestingly, it is equipped with a removable Li-ion battery that can last a year on a single charge. Also, Arbor noted that the doorbell can be mounted without requiring any special connection or additional wiring. The camera on the doorbell comes with a 160-degree field of view.

The Arbor app can be downloaded on iOS and Android and it alerts you about who’s knocking at your door. But what’s unique about Arbor is that it includes an integrated chime inside the bundled Wi-Fi extender. So you don’t necessarily need to have your smartphone to hear the doorbell ring.

Users can also access the alerts in case they missed it previously. Also, the Arbor has an additional advantage of 48 hours of free encrypted cloud storage for your video and audio recordings. If you want an unlimited recording beyond these 2 days, it’ll cost you just $2–3 per month which simply wraps up everything Arbor promises!