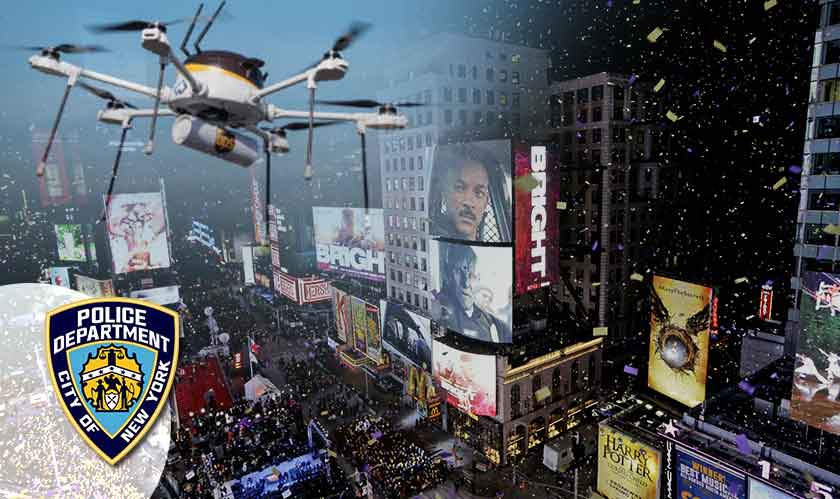 Police drones handled by New York City Police will watch out on New Year’s Eve ball drop at the city’s Times Square. There will be 7,000 police officers on deck along with 200 blocker trucks filled with sand and bomb-sniffing dogs. The drones will provide better security and help keep watch during celebrations.

Drones are specialized to help give a bird’s eye view of the massive crowds that flock to the venue every year. Given its height in the air, it will be hard for a passerby to spot the gadget. The drones being deployed are quadcopter ones that will be controlled remotely by skilled police officers.  The police commissioner has assured that there are no known threats to the ball drop. But the New Year Eve is one of the biggest celebrations that require the standard protocol for police to monitor the large number.

The police force will also be using the drones to detect any unmanned vehicles in the air that are flying without authority. So far, helicopters and cameras were used, and now drones will join the list of devices. The drones will be attached to a building and flown in the off-limits area to prevent any damage or hurt anyone in case it accidentally crashes.