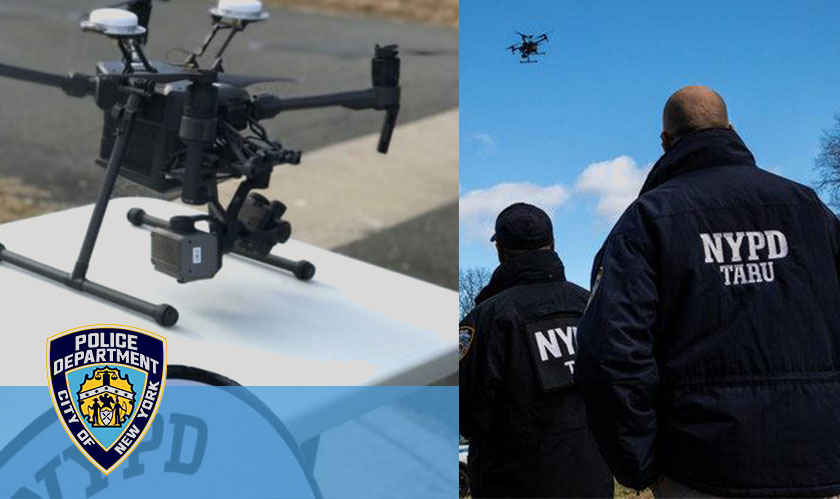 The nation’s largest police force, the New York Police Department (NYPD), has unveiled a fleet of drones to help monitor the city. The arsenal of 14 drones acquired by NYPD will be used in hostage situations and search and rescue operations.

Drones, also known as unmanned aerial vehicles or UAVs, are often considered a significant potential security threat. But contrarily to this assumption, the drones, here, will help the NYPD gather key information as situations unfold before officers arrive, lessening the danger to them, the agency said.

"As the largest municipal police department in the United States, the NYPD must always be willing to leverage the benefits of new and always-improving technology," NYPD Commissioner James P. O'Neill said during the announcement.

The fleet of 14 drones comprises of 11 DJI Mavic Pro quadcopter for tactical operations; two large weather-resistant workhorse DJI M210 RTK quadcopters having features that include thermal imaging capabilities and a powerful zoom camera and 3D mapping, the NYPD said. A DJI Inspire 1 quadcopter will be used for training and testing.

The Chief of Department Terence Monahan said, “NYPD drones will not be used for warrantless surveillance… [It] will be used to save lives and enhance our response in emergency situations." Despite these statements from the NYPD, the New York Civil Liberties Union criticized the NYPD’s new drone policy, stating that it doesn’t place any “meaningful restrictions” on the use of drones.